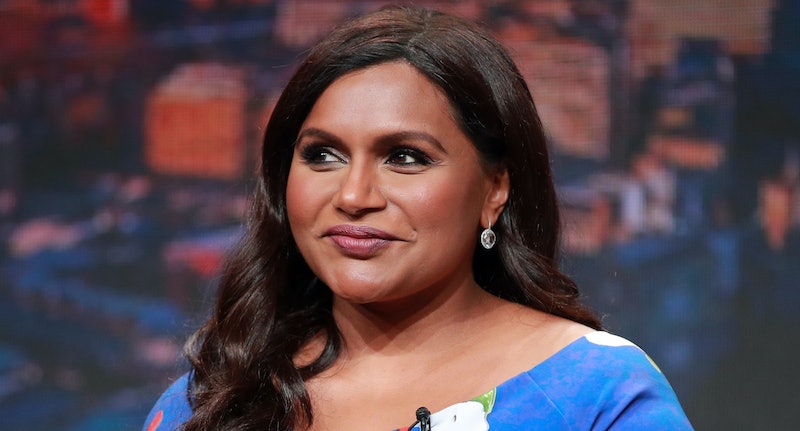 In my humble opinion, everything that Mindy Kaling touches turns to gold. The uber-talented actor and director can do no wrong in my eyes, and I am desperate to watch whatever she's involved in. So when I heard she was heading up a re-make of Richard Curtis' Four Weddings And A Funeral, I was delighted. The only thing is, it's unclear how to watch Hulu's Four Weddings in the UK, seeing as it's set to be streamed on a site we don't have access to.

While I have reached out to reps from Hulu to determine if they can shed any light on the situation, it doesn't seem hopeful if I'm honest. Hulu is an American streaming service, and one we do not have access to here, unlike platforms such as Netflix. I have had personal painful experiences (sob) with missing out on shows that have streamed on Hulu and not in the UK. When The Mindy Project moved over to Hulu, for example, it wasn't offered to UK viewers.

Some shows do get picked up by different broadcasters, however. Consider The Handmaid's Tale, for example, which was shown on Hulu in the U.S., but was picked up by Channel 4 over here.

Unfortunately, it has been reported by The Evening Standard's ES Insider that no British broadcaster has announced their plans to show the series over here. Try not to feel too disheartened however; as the series is bound to be a hit over there, and as it's based on a British classic rom-com, surely one day soon we will be able to watch it?!

This said, it's important to make clear that the new adaption has been updated in a number of ways, making it rather different from the film. The cast, for example, is far more diverse, with the lead characters being played by Nathalie Emmanuel (who you may recognise most from Game Of Thrones), and Nikesh Patel (from Indian Summers).

One recognisable face you may notice is back from the original is Andie McDowell, who instead of reprising her role as Carrie, will instead be playing one of the character's mothers.

If you can't wait to see if the limited series is going to eventually air in the UK, why not re-watch the original Four Weddings, which is available to stream on Netflix?

In the run up to the sequel, McDowell spoke about her role in the original film, and what it was like getting together again with Hugh Grant:

"It’s kind of silly but when you get older and you have the opportunity to be put back into a similar situation with these people who you had such a close connection to and you had such good memories of, it’s really affecting."

"[Grant and I] have a huge bond through the success of the movie, because it was the beginning really for him, that was a big announcement to the world of his talent. He’s very sweet and funny, and we both feel deeply connected to Four Weddings." So sweet.