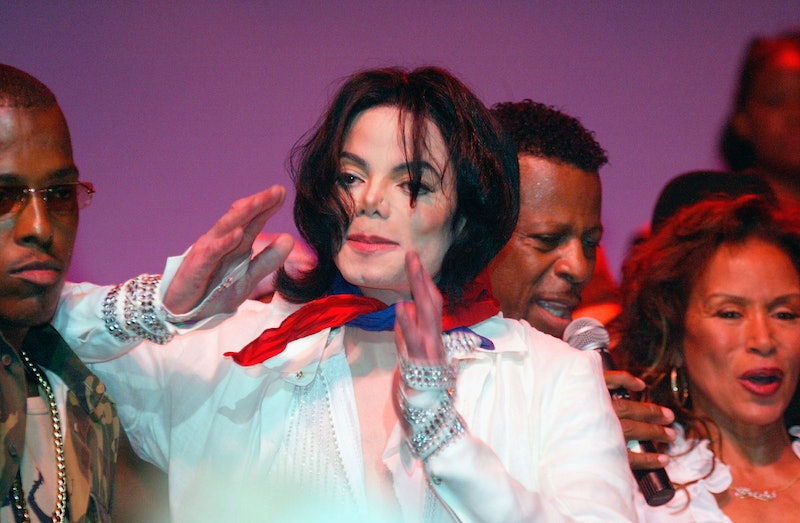 When it was announced that there was going to be a documentary about the sexual abuse allegations involving Michael Jackson, controversy immediately ensued. Jackson and his family have always denied the allegations, and in 2005 the singer was acquitted of child molestation charges brought against him. The documentary only recently premiered at the Sundance Film Festival 2019, but you can watch Leaving Neverland in the UK sooner than you think.

Earlier: The film will be shown on Channel 4 in early March, according to The Sun. It is told in two parts, and each part is two hours long. Neverland, many of us know, is the name of the California ranch owned by the late singer. The 2,500-acre property once featured childlike landscapes, carnival rides, a gigantic floral clock, and a train track, the Daily Mail reported in July 2009.

In Leaving Neverland, we hear from the victims of Jackson's alleged child abuse. In a statement about the documentary, director Dan Reed explained the importance of listening to the alleged victims' stories and understanding the complexity involved in these people speaking about:

"If there’s anything we've learned during this time in our history, it's that sexual abuse is complicated, and survivors' voices need to be listened to. It took great courage for these two men to tell their stories and I have no question about their validity," Reed said.

However, Jackson's family have vehemently denied the allegations made in this film via a statement provided to Variety. The first paragraph of the statement reads:

"Leaving Neverland isn’t a documentary, it is the kind of tabloid character assassination Michael Jackson endured in life, and now in death. The film takes uncorroborated allegations that supposedly happened 20 years ago and treats them as fact. These claims were the basis of lawsuits filed by these two admitted liars which were ultimately dismissed by a judge. The two accusers testified under oath that these events never occurred. They have provided no independent evidence and absolutely no proof in support of their accusations, which means the entire film hinges solely on the word of two perjurers."

The two men at the centre of Leaving Neverland are Wade Robson and James Safechuck. Robson claims to have been abused by the singer for a period of seven years, beginning when he was aged seven, The Week reports. According to The Week, Robson alleges that he was introduced to alcohol and porn by Jackson. Safechuck met Jackson aged ten when he appeared on one of his Pepsi ads, and, as The Week reports, he "alleges that Jackson claimed to have performed oral sex on him when he was sleeping, and that they later had sex all over the singer’s Neverland Ranch." Robson has said of his appearance at Michael Jackson's trial in 2004 and 2005, where he defended the signer, that he now wants "to speak the truth as loud as I spoke the lie," the Guardian reports.

According to Daily Beast's senior entertainment reporter, Kevin Fallon, this documentary may be even darker than people first suspected. He said in a tweet: "Whatever you thought you knew or were aware of, the content of this is more disturbing than you could imagine."

Films like this one are incredibly difficult, painful, and gut-wrenchingly uncomfortable, but they are also important and need to be seen.