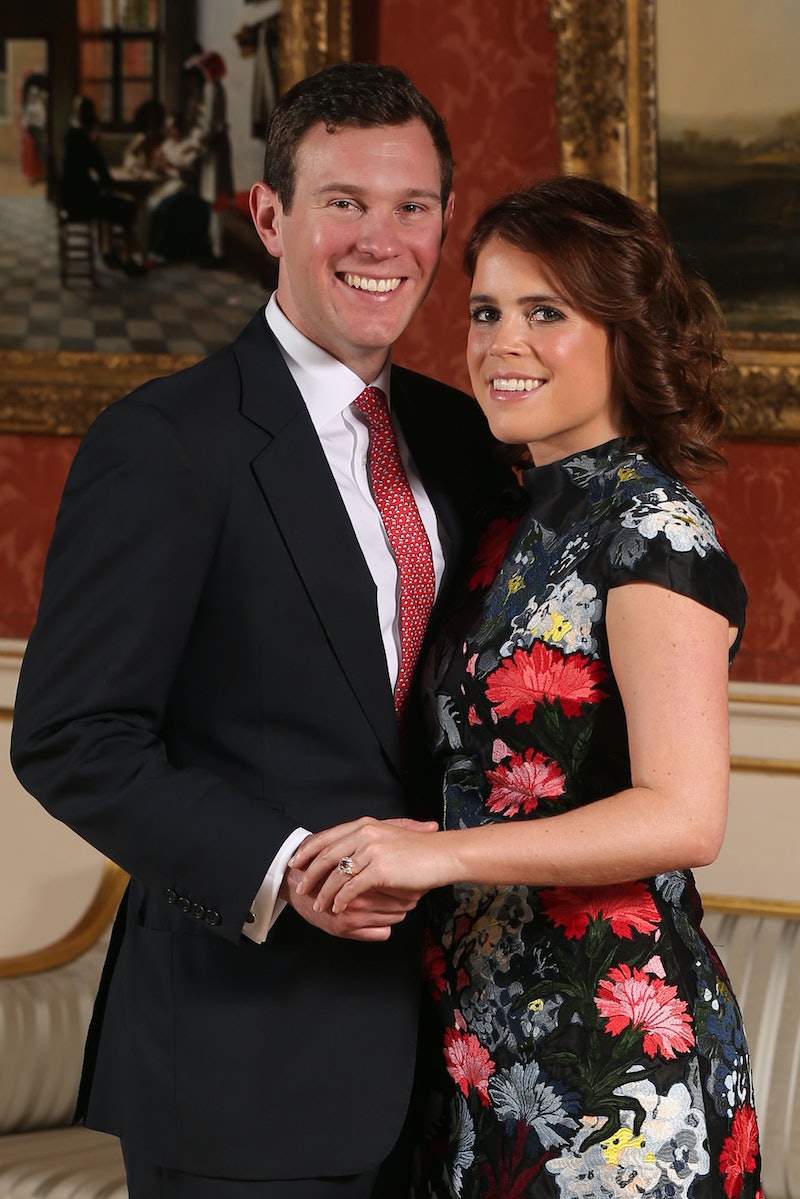 If you're a royal watcher, you already know that there's yet another wedding that everyone is going to want to tune into. But how can you watch Princess Eugenie's wedding in the U.S.? Rest assured, there's a way that you'll be able to stay up-to-date on all of the Friday, Oct. 12 wedding festivities.

According to Variety, there's a specific channel that you can tune into to catch all of the wedding day fun. The publication reported that TLC acquired the exclusive U.S. rights for the wedding and will air a three hour commercial-free feed for the big event. After it airs live on TLC, the whole program will be available to stream on the TLC Go app (which you can sign in with your TV subscription), just in case you can't watch live. Additionally, the hosts of the U.K.'s This Morning program, Eamonn Holmes and Ruth Langsford, will host the event on TLC as well as on their own show.

Unlike Prince Harry and Meghan Markle's nuptials in May, there likely won't be as many ways to watch Eugenie exchange vows with her fiancé, Jack Brooksbank. However, there is another way that fans may get to watch the event — fans in the United Kingdom, at least. According to Marie Claire, British TV Network ITV will air the royal wedding in the U.K. as part of the channel's This Morning program with Holmes and Langsford. A statement from ITV confirmed the news to Marie Claire, in which they said simply, "ITV will provide coverage of the wedding of HRH Princess Eugenie of York and Mr Jack Brooksbank on October 12 in an extended This Morning special.”

Before ITV stepped in to showcase the royal wedding on its channel, it was a little up-in-the-air as to whether the special day would be televised at all. It was previously reported that the BBC turned down the option to stream Eugenie and Brooksbank's wedding. But, how and why would one want to deny the masses of another royal wedding? Well, according to the Mail on Sunday, it all came down to ratings.

The publication reported that Eugenie's father, Prince Andrew, tried to form a deal with the BBC in order to have his daughter's wedding televised. However, the network ended up passing because they didn't think that it would do well ratings-wise. Um, who doesn't love a royal wedding? Of course, since there is a demand to see the nuptials (namely, from me), ITV and TLC have luckily decided to step in to save the day.

As for what you can expect on the wedding day itself, there are reportedly many things in store for the exciting affair. Eugenie and Brooksbank are set to wed in St. George's Chapel in Windsor Castle. If that rings familiar, it should, as that's the exact location in which Markle and Harry exchanged vows back in May. According to Town & Country, there is also set to be a weekend long celebration for the pair come Oct. 12.

So just in case you want to check out any of the festivities for yourself, definitely make sure you tune into the wedding or any of the assorted, fun coverage on it.