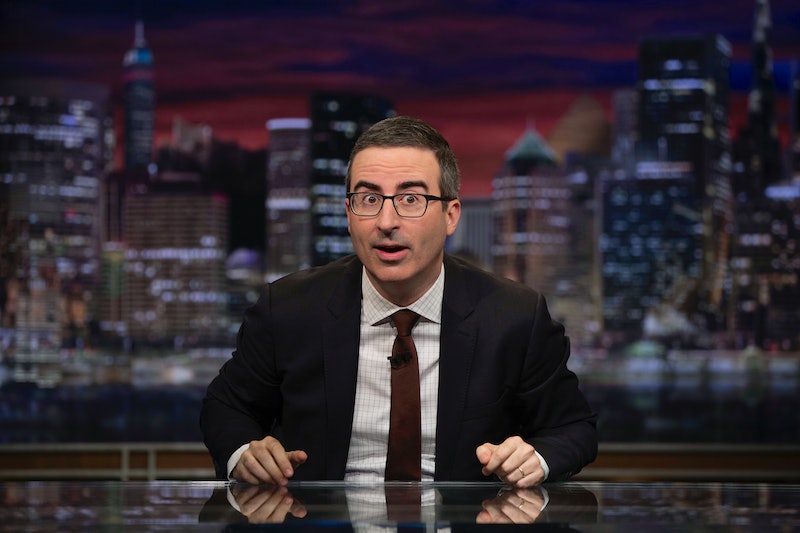 In a time when the news can make us all feel very blue, nothing makes me laugh quite like Last Week Tonight With John Oliver. Presented by a much belove British comedian, the Emmy-winning satire manages to find the funny in the bleakest of news cycles and will return to U.S. screens on Feb. 16. But when can we Brits expect to see it? Here's how to watch season seven of Last Week Tonight in the UK.

The weekly satire programme has traditionally aired in the UK on Sky Atlantic, the sister channel to HBO where Oliver's show resides across the pond. However, 2020 sees big changes happening at Sky, with the launch of Sky Comedy, a new channel dedicated to the best in new and classic comedy.

Sky Comedy will premiere many U.S. faves we’ve long wanted to watch in the UK, including Saturday Night Live (marking its returns to British TV for the first time in over a decade) and The Tonight Show Starring Jimmy Fallon, as well as Sky classics Sex & The City and Veep.

Fortunately for us, one of those shows making its way to the UK is Last Week Tonight With John Oliver and with the channel launching at the end of January, we won’t have to wait long to tune in.

The show will air on Sky Comedy on Feb. 17 and will also be immediately available on Sky’s streaming platform NOW TV. Only having to wait one day to watch season seven? Result!

Viewers can expect the new season to be no different to the last, allowing us to actually laugh about subjects we would usually cry at. I can't wait.