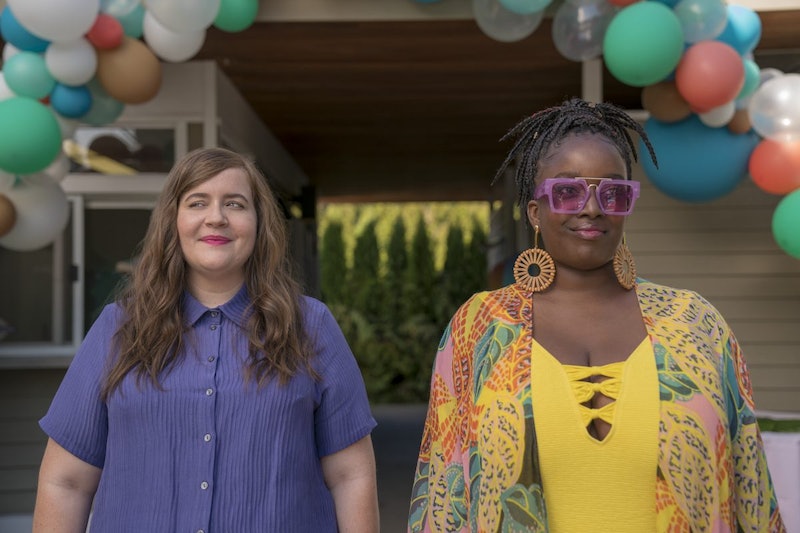 Hulu's hit show Shrill follows the story of a young woman named Annie as she tries to change her life and make it as a journalist, despite having a boss from hell. Annie is juggling dealing with ill parents, a string of bad relationships, and a bit of a chaotic life in general. Sound like your kind of show? Mine too. And with the actor-turned-producer Elizabeth Banks serving as one of the executives on the show, it looks like there is little the show can do wrong. But how can you watch Shrill in the UK?

Shrill launched for U.S, audiences on streaming platform Hulu on March 15 and UK audiences have been eagerly awaiting its transfer ever since.

Luckily for us, on Nov. 25 it was announced that BBC Three had acquired the UK rights to Shrill. The first series will be available as a boxset on BBC iPlayer from Sunday Dec. 15. Can I get a hallelujah?

The series is based on journalist and writer Lindy West's memoir on her life as a plus size woman called Shrill: Notes From A Loud Woman. But instead of completely adapting West's story to screen, West worked with a number of people including lead actor SNL's Aidy Bryant, to create the perfect series about body positivity.

West told The New York Observer, "the idea was to make the best TV show we could make, and so some parts of it came from my life and some parts came from Aidy’s life. Obviously, once you’re in a writers’ room, it’s totally collaborative and you’re pulling from all kinds of people’s ideas and experiences." See what girl power can do. The way the series so honestly shows fat phobia and body positivity is really a perspective we haven't yet seen done well on TV. Although Annie herself doesn't have a problem with her weight, fatphobia seems to strike her from all angles; her boyfriend, boss and parents, who encourage her to go on a super restrictive diet.

West told The Observer that she wanted Shrill to be different from other comedies saying, "it was really important to me to have true, meaningful diversity in the cast and in the writers’ room and in the crew — to make sure we really are making a show that isn’t just for straight white people" and West did exactly that. Black British actor Lolly Adefope (it's like I was meant to love this show) plays Annie's best friend Fran, but really defies the stereotype of the black best friend. Can I get an Amen?

It's so refreshing to see a black woman get to play someone with depth and not just a one dimensional figure there to support the storyline with "ghetto" quips or to tick a diversity box. Fran, Annie, and their friendship are seriously relatable AF.

To say this series is a breath of fresh air would be an understatement. It feels like we asked and they listened. We needed to see this depiction of female friendship and body positivity. I can't wait to watch.

This article was originally published on March 21, 2019