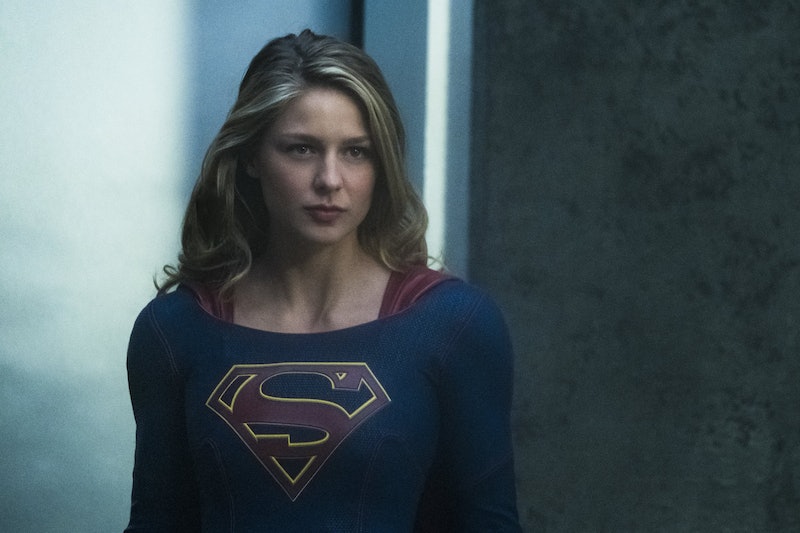 If you were as obsessed with Wonder Woman as I was, you’ll know that while it can be entertaining watching a man save the day, it's so much much empowering when it's a woman flying in and beating the baddies. For years little boys watched their fantasies of becoming a superhero played out on the big screen but times are changing and the girls are getting to see themselves reflected too. If you are in need of a new female superhero there is a US series that will be right up your street, star Melissa Benoist represents absolute girl power, I’m obsessed and you will be too. Here's how to watch Supergirl in the UK.

In its first three series Supergirl has created such hype that would be seriously unfair for us Brits to miss out. And it turns out we won’t. Viewers will can tune in to Sky One on Oct. 22 to watch the release of episode one of of Supergirl Series 4. It will air at 8 p.m. and I can barely contain my excitement.

In an interview with Radio Times director of Sky One, Adam MacDonald said, “I am delighted to announce Supergirl is coming to Sky One. We’ve already seen in the success of The Flash and Arrow that comic-book characters are a big hit with our customers, and with this fresh, fast-paced new series, we’re giving them another sure-fire superhero smash.”

So what about if you want to catch up with the previous three series? While you can access previous episodes on the CW app over in the US that isn’t possible here in the UK. However, fear not. If you tune into Sky’s streaming service, NOW TV, you will be able to stream Supergirl to your heart's content.

The series follows Melissa Benoist as Kara Zor-El aka Supergirl, cousin of Superman, in her own superhero quest. Having escaped evil on planet Krypton, Supergirl travels to earth where she works for media mogul Cat Grant (played by Calista Flockhart) and has to negotiate keeping her superpowers under wraps. That is, until she is asked by head of a top secret agency, Hank Henshaw (played by David Harewood) to protect the city from evil. Now her secret is out she has to work out how to maintain her human relationships and previous life, whilst also bringing down the baddies and maintaining peace and order. All in a day’s work when you’ve got mystical powers, I suppose.

If it wasn’t exciting enough having a female superhero, the baddies are women too. It has been reported that Katie McGrath will be starring as Lena Luther. Looks like Supergirl really has got representation down.

If you are looking for an injection of fantasy and escapism, Supergirl is absolutely the show for you. It lives and breathes girl power, as well as being completely gripping and entertaining. Season four airs on October 22 at 8 p.m. on Sky One and if, like me, you plan on binge watching the previous three series you can head over to NOW TV.