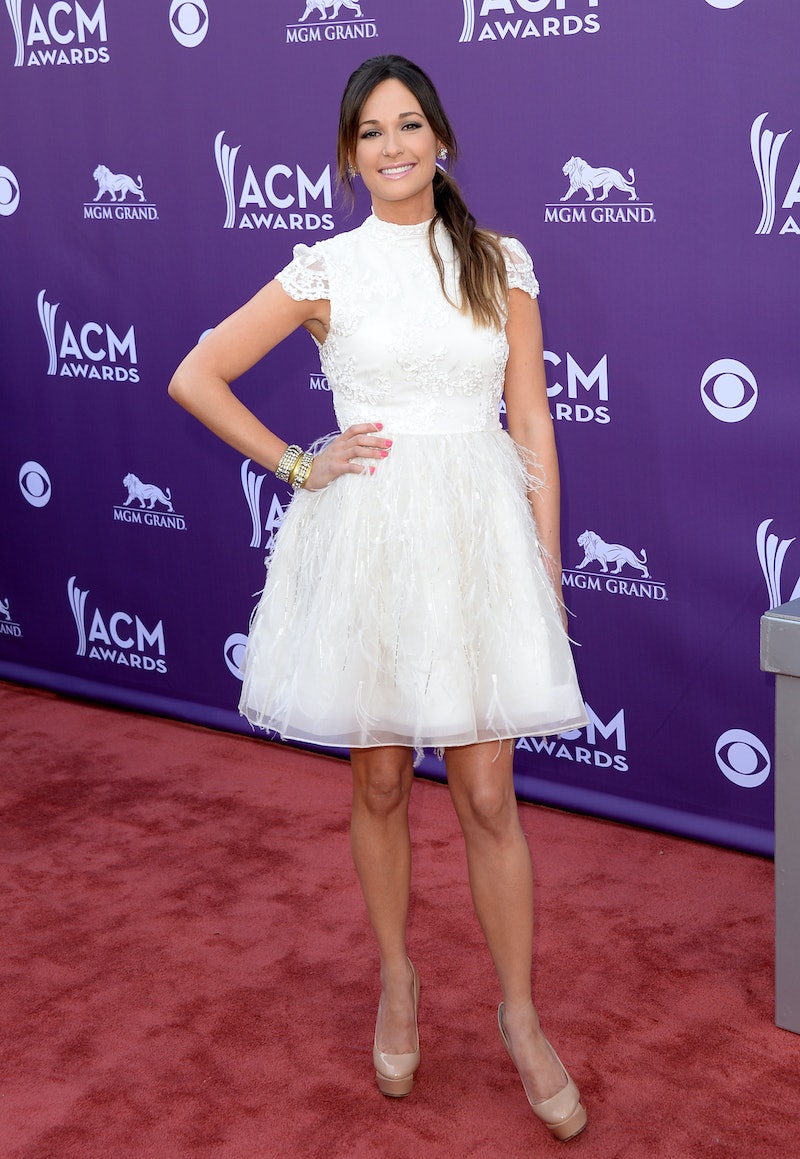 For the 54th year of the show, the ACM ceremony is taking place in Nevada’s own Sin City. Fans who aren’t flying out to Las Vegas can still check out the ACM red carpet on the go. While there's no cable broadcast of the red carpet, ACM fans on the move can follow the show's social channels starting at 6 p.m. ET to get a glimpse at country music's biggest fashion influencers.

The editors at People will be covering the live event with updates on every look via the publication's social channels. Plus, Entertainment Tonight will also be covering the event with live photos and interviews from country music’s most stylish entertainers starting at 2 p.m. PT and 5 p.m. ET.

Some country music stars have already won big with the number of nominations already racked up. According to Entertainment, both Chris Stapleton and Dan + Shay have garnered six nominees each, and Grammy-winner Kacey Musgraves has five nominations total. In fact, Musgraves is the only female artist nominated for the ACM's Album of the Year award.

Musgraves, among other nominations, is one of the biggest stars to watch on the red carpet. In 2016, the singer stunted at the ACMs in a sleek head-to-toe black dress with cute cut outs. And in 2017, the singer came to the show decked out a floral and lace mermaid style gown.

But the "Golden Hour" singer isn't the only start who's rocked sick looks at this event. Reba McEntire, the host, has also donned amazing red carpet pieces including her 1986 beaded shoulder pad dress, her orange and black satin gown from the 1991 ACMs, and in 2018, she even wore the same red dress she performed in at the CMAs in 1993.

Whether you're a country music fan or not, fashion is universal and award shows of all genres bring out the best in celebrity style.