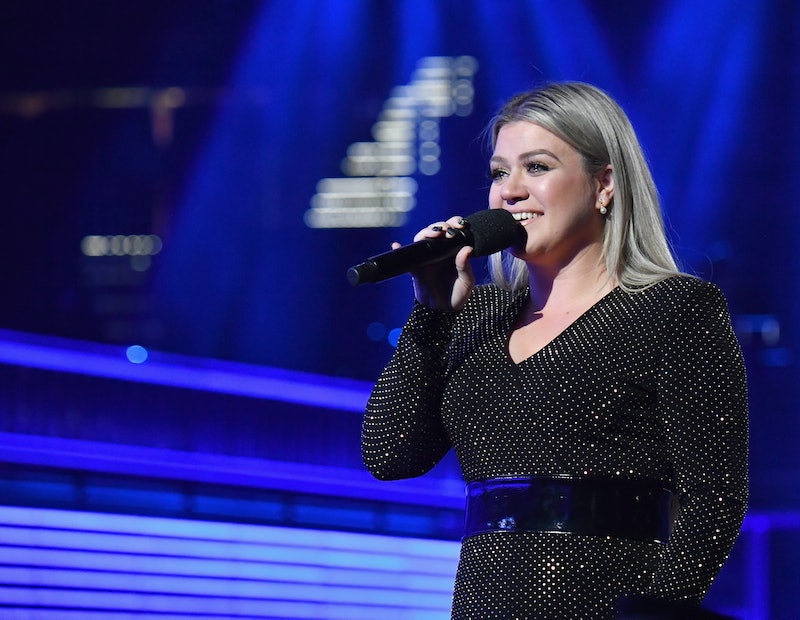 The show is set to air on May 1 at 8 p.m. PT where you'll be able to see all your favorite musical celebrities performing and celebrating their achievements. However if you want to see their fashion choices as well as red carpet interviews, you'll need to tune into the pre-show. For those without cable, don't worry. The Billboard Music Awards will have their very own livestream that's totally free. Hosted by Sway Calloway, Sofia Reyes, and Jaymes Vaughan, the red carpet pre-show will be aired at the Billboard Music Awards twitter (@BBMAs ) at 6 p.m. ET and last the full two hours before the show begins.

If, though, you've got cable, there's another option. E! will actually be hosting their own red carpet special before the May 1 show. The red carpet will be hosted by Jason Kennedy and Tanya Rad and begin at 6 p.m. ET on E! just like the Billboard livestream.

While all of the Billboard Music Award red carpets are exciting, 2019's show has some major star power that means you won't want to miss a second of the exclusive interviews and stylish moments on the red carpet.

Once again, the show will be hosted by The Voice coach and superstar artist Kelly Clarkson who also had hosting duties last year. In a tweet, Clarkson sent out an announcement that she would be hosting again writing, "I had so much fun hosting the @BBMAs last year, I’m doing it again! This year, we’re going to turn it up a notch."

Clarkson isn't lying. The plethora of artist who are slated to attend, perform, and present is major. One of the most exciting stars may just be Taylor Swift. The singer has been MIA from red carpets until just recently, but last year, she made a surprise appearance at the 2018 BBMAs. Now, she's back, but this time, she's performing her new single "ME!" which means fans will likely get to see the star on a red carpet again.

Then, there's the diva herself, Mariah Carey. The legendary singer is being presented with the Icon Awards at the 2019 Billboard Music Awards, and while it's not guaranteed that she'll walk the red carpet, given the honor she's receiving, she just may. Plus, Carey is slated to perform a mash-up of her greatest hits as well which means fans may also be getting an on-stage outfit as well.

Clearly, the 2019 Billboard Music Awards red carpet will be filled with incredible fashions, and there's many more celebrities who will be attending the award show like BTS, Halsey, Panic! At The Disco, and Cardi B. Make sure to mark your calendar for May 1 at 6 p.m. ET and get ready to see all of your favorite artists.