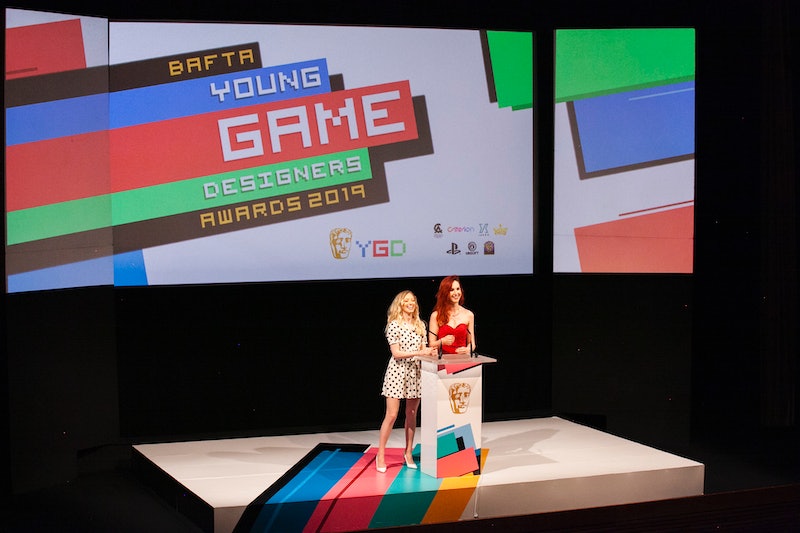 Now in its 10th year, the BAFTA Young Game Designers (YGD) competition will see over 50 talented young gamers demonstrate their skills on June 18. Initially launched in 2009, the YGD competition has provided a stepping stone for kids wanting to break into the gaming industry, while also striving to highlight the positive impacts that gaming can have for young people.

When is the ceremony?

Due to the ongoing coronavirus pandemic, the YGD competition ceremony will take place fully online. Hosted by Aoife Wilson, streaming will commence at 5 p.m. on YouTube with highlights and clips on the show available to watch on Twitter (@BAFTAGames).

The pre-recorded ceremony will also include a highlight reel covering the past 10 years, “including an insight into previous recipients and what they’ve gone on to achieve,” as BAFTA explains in a press statement.

What Awards Are Up For Grabs?

Finalists will be competing for the Game Concept and Game Making awards, which have been split into two age categories (10-14 years old and 15-18 years old). The winners will be selected by a jury of industry experts, who will be revealed during the ceremony.

Winners will also receive “further support for developing their game ideas, mentoring from industry professionals and visits to major game studios,” BAFTA writes on the YGD site. “The awards ceremony will also offer the opportunity for the next generation of game-makers to showcase their creativity.”

Past winners of the competition have gone on to achieve amazing things, such as 2010 winner Dan Pearce. His game Castles in the Sky earned him a nomination for Debut Game at the BAFTA Game Awards 2014.

Why Is This Event Important For Young Gamers?

Not only does this competition give young people the chance to demonstrate their creativity and imagination, but it also highlights the importance of video games in general. This has been a major aspect of the BAFTA YGD competition since it started in 2009, which has provided the UK’s young games talent “access to some of the most creative minds in the industry, through a year-round programme of mentorship, workshops, and networking.”

Who Are The Finalists?

From supernatural adventures to puzzle-solvers, these finalists truly show what the future holds for the UK’s gaming industry. Here are just a few of the nominees:

“A game based on the nine worlds in Viking region, where you can defeat and befriend giants and monsters called Barics.”

“This is a game in honour of the July 1969 Lunar Landing, where you take control of the module, as Neil Armstrong once did, and land it safely on the moon.”

“My Adventure is a game inspired by nature, designed to show young people the world and its inhabitants, including the negative effects human activity can have on the world.”

“An original animated choose-your-path adventure story, which teaches programming through the metaphor of magic and a magical world, and the player uses code to control their actions.”

“When you are younger, the world is bigger and more confusing, filled with preternatural secrets. Ghost Town is a unique 2D puzzle platformer, exploring the ideas of coming to terms with losing a loved one through the perspective of a child.”

“The world keeps turning upside down (in more ways than one), and two impoverished girls are the only ones who stand a chance of righting it for good.”

“Attack of the Evil Time-Travelling Vampire Giraffes of Utter Doom is a wacky platform game where you play a knight attempting to prevent giraffes rewriting history by jumping on their heads.”

“A samurai warrior providing her superior sword fighting skills in a fantasy world inhabited by monsters from Japanese woodcuts, who has to survive kendo battles against Yūrei (Japanese ghosts) such as giant leaping newts and fish headed monsters, with atmospheric scenes inspired by the art of Kuniyoshi and the films of Kurosawa.”

“This simple game can be played by both sighted and blind people, to try and catch the ball moving across the screen using realistic spring jumping physics.”

“A game about being a closeted transgender teenager at a family dinner, and all the awkwardness and upset that this entails.”

“A fantasy-themed puzzle game where you draw magical connections between ingredients to brew potions in your abode among the clouds, with a family-focused story interwoven.”

Dungeon Up, Dungeon Down — Joe Castle and James Bodiam, 15, Maidstone

“A top-down infinite dungeon crawler, except there are only two rooms you can move between that radically change whenever you enter them.”

More like this
This Is When Netflix Is Going To Start Charging You For Sharing Passwords
By Darshita Goyal
This Wordle Rival Is Taking Social Media By Storm
By Sam Ramsden
Yes, You Can Stream ‘To Leslie’ In The UK Now
By Sam Ramsden
Your Guide To Watching 'Everything Everywhere All At Once' In The UK
By El Hunt and Sophie McEvoy
Get The Very Best Of Bustle/UK
Sign up for Bustle UK's twice-weekly newsletter, featuring the latest must-watch TV, moving personal stories, and expert advice on the hottest viral buys.