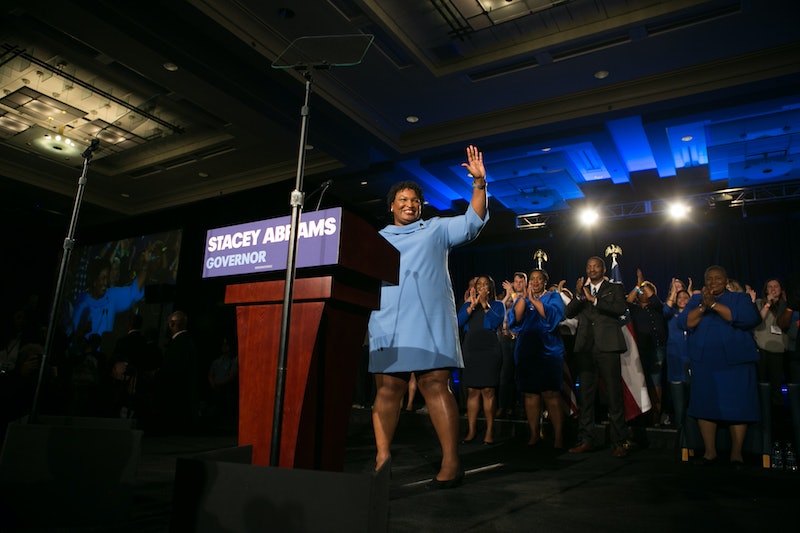 On Tuesday evening, multiple politicians will give speeches to the American public about the state of the nation in 2019. The most notable speech will be POTUS' address before Congress on Tuesday evening. After POTUS will come the Democratic rebuttal, which will be carried out by Stacey Abrams immediately after. Still other addresses will be delivered by Bernie Sanders and Kamala Harris at different points. So if you're figuring out how to watch State of the Union 2019 responses, there's good news: they're all at different times.

Harris and Sanders will serve as bookends for the evening of speeches: Harris' speech is set to occur before the SOTU, in the form of a Facebook live speech, and Sanders is set to speak after Abrams finishes her rebuttal. Harris' speech comes a few weeks after her announcement that she is running for president in 2020. As for Sanders, he has not confirmed whether or not he is running for president again, but his rebuttal will be mark his third year of doing so as an Independent politician.

If you're looking to catch all four SOTU speeches, you'll have to settle in for the evening at 7:45 p.m. EST, starting with Harris: