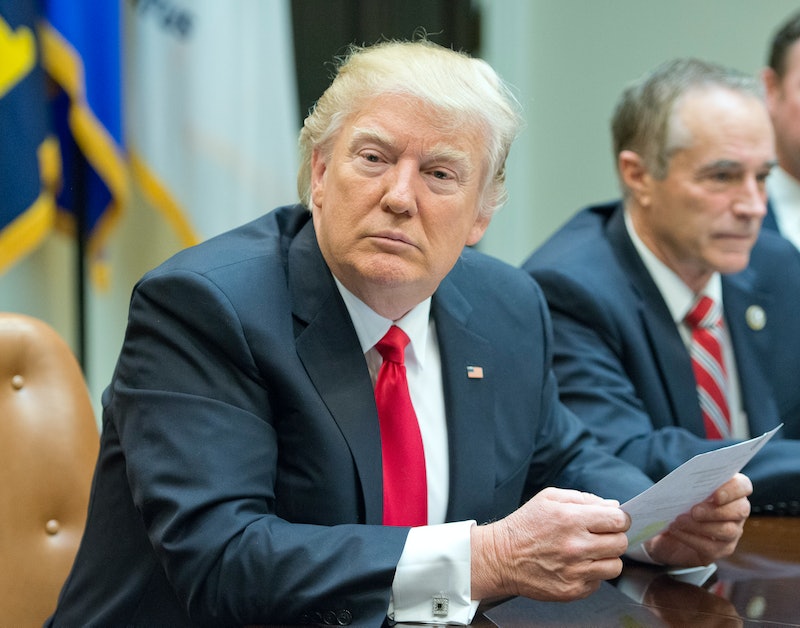 President Trump has held office for just over one month — and what a month it has been. Through executive orders and bullish tweets, the president has already made his priorities for the country abundantly clear, but he'll officially share his agenda with Congress on Tuesday in an address to a joint session of the legislature. Like most things Trump says, it will be the speech heard 'round the world, in part because you can watch Trump's joint session address online, on television, and on pretty much any other device.

Trump's Tuesday address will likely resemble a State of the Union, but, as NPR reports, the traditional State of the Union address typically isn't given until the president has been in office at least a year. No matter what it's called, Trump's speech will likely touch on the obvious priorities of his administration, including immigration, trade, and repealing the Affordable Care Act. Don't forget, though, that this is Trump we're talking about: Any topic is fair game — and all eyes will be waiting to see if he sticks to a customary, refined address or goes off-script like he did so often in his campaign.

Trump's address to Congress is expected to begin at 9 p.m. ET on Tuesday. According to CBS News, it is slated for 90 minutes. It will be broadcast on the major cable and broadcast news networks, but there are also plenty of options for watching if you don't have access to a TV.

One option is to stream Trump's address on Twitter. PBS NewsHour and Twitter will work together to livestream the address — and you don't even to be logged into Twitter to watch. According to Adweek, the stream will be available beginning at 7 p.m. ET at jointsession.twitter.com and at pbs.org/newshour. If you miss the livestream, the broadcast will be replayed at 11 p.m. ET.

The address will also be livestreamed on YouTube. Fox News has scheduled a YouTube livestream of the joint session address to begin on Tuesday morning. (They must be preparing for Trump's unpredictability by starting the livestream so early.) NBC News also has all-day coverage and a livestream planned.

Trump's address to Congress will be much more long-winded than his regular, 140-character tweets. There's no shortage of options for tuning in — and it's important that you do. Like him or not, Trump is the president, and it's the duty of the American people to stay vigilant and hold him accountable for his words.