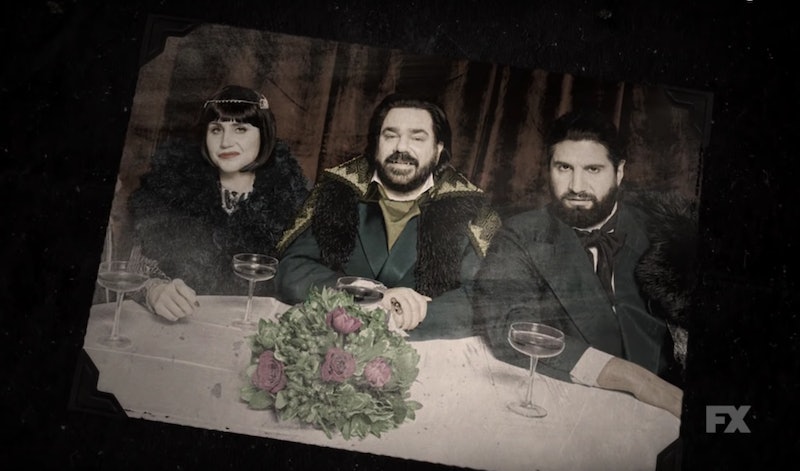 What We Do In The Shadows, the outrageous 2014 horror-comedy film, has been a regular fixture on Netflix UK, and the ultimate go-to flick for nights in. Now, you no longer need to watch the film over and over again (although that's not advised against either), since a TV adaptation is coming very soon. As usual, the U.S. will be getting it first, but here's how to watch What We Do In The Shadows in the UK, because the States shouldn't get this all to themselves. Britons should get their dose of excellent horror-comedy, too.

While the horror-comedy hybrid is no stranger to the cinema, What We Do In The Shadows might be one of the first of its kind in the TV world. The show is a reboot of Flight of the Conchord's Jermaine Clement's original film, which saw a house share of vampires and hipsters attempting to navigate life in modern day Wellington, New Zealand's capital city.

U.S. programmer FX ordered a pilot of the show, as Deadline reported, and a 10-episode series was subsequently signed off. It'll finally come to U.S. screens on Wednesday, March 23, and if you've seen the original film, this isn't one to miss. And don't worry, because there should be plenty of ways to watch it in the UK, too. As Chortle reported in November, 2018, BBC Two managed to snap up the rights for the 10 part series, although a premiere date has yet to be announced. I don't think it'll take too long. Fingers crossed. Bustle reached out to BBC for comment on a date and will update this post if we get a response. Either way, by the looks of the early reviews, I reckon that the show is going to be worth the wait.

The TV series bears all of the film's top-notch credentials, as its directors Jermaine Clement and Taika Waititi, who's also responsible for putting out Thor: Ragnorok, come attached to the project. A day ahead of its premiere on FX, The Guardian gave What We Do In The Shadows a glittering four-star review, writing how, "The vampiric puns and gravity-defying slapstick go a long way," and critic Charles Bramesco even argues that the series might be better than the original film: "What We Do in the Shadows may be the rare film more well-suited to the televisual medium, a direct beneficiary of its extended minute count," he writes.

What We Do In The Shadows has pretty much had glowing reviews across the board, so you might want to try and avoid spoilers from your U.S. pals, at least until the BBC announces their air date. Until then, you can prepare yourself for what might well be the funniest TV show of the year.

While the concept doesn't depart too far from the original film, you'll be treated to new characters, including The IT Crowd's Matt Berry, who's playing the supporting role of Laszlo. He'll be starring alongside Kayvan Novak, whose face you didn't get to see when he played a professional prank caller in his classic show Fonejacker. What We Do In The Shadows will give you the opportunity to see that face in all of its vampiric glory, and that alone is worth sticking around for.