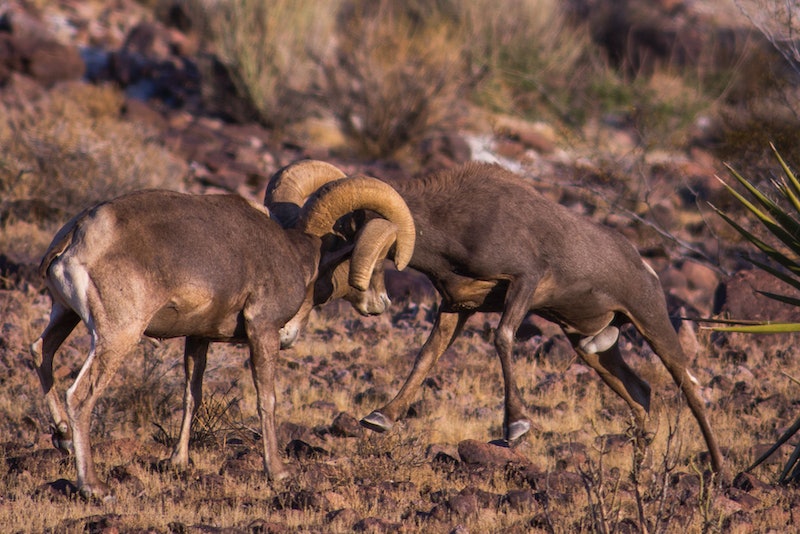 President Trump's border wall promise, which began on the campaign trail, has now dragged into 2019 with little actual progress and a lot of controversy. Concerns about immigrant rights and isolationism frequently make headlines, but how Trump's wall could affect animals and wildlife is another issue that has activists worried. According to The New York Times, the effects of a wall could be devastating to the environment on both sides of the border, and in some cases irreversibly so.

Customs and Border Protection (CBP) lists policies to "integrate environmental stewardship and sustainability practices" on its website, but environmental activists aren't convinced that those are enough. "We’ve been dealing with all these negative environmental impacts of [existing] fences on the border for more than a decade," Dan Millis coordinator of the Sierra Club Borderlands project, told Vox. "And Trump’s wall would make it worse." Bustle has reached out to CBP for comment.

The wall presents a major logistical barrier to many species of wildlife. According to Aaron Flesch, a University of Arizona research scientist who spoke to The Times, the wall would block many animals from traveling on natural migration patterns, looking for suitable habitats, finding a mate, and more.

The border is also home to 93 species of endangered animals, including the Sonoran pronghorn and Mexican gray wolf, according to the Center for Biological Diversity. Flesch told The Times that separated by a wall, some might just die out all together. "For a critter that’s nearly extinct in the U.S., you need to promote connectivity, not curtail it," Flesch said to the outlet.

Since the 2005 passage of the Real ID Act, the Department of Homeland Security has also had the ability to ignore numerous environmental protections policies along the border in the name of border security. These include the Endangered Species Act, the Clean Water Act, and the National Environmental Policy Act, all of which create stricter processes for development.

The southern border stretches across almost 2,000 miles and multiple ecosystems — sandy deserts in southern California, chaparral in Arizona, and densely wooded forests along the Texas border, to name a few. Fencing and other barriers currently span 654 miles of the border, and Trump's proposal is to add an additional 1,000 miles of wall made of concrete or steel, according to The Times.

"People think of deserts as barren lands and flat sand dunes with nothing there," Sergio Avila, a conservation scientist at the Arizona-Sonora Desert Museum, told Vox. "But deserts are very diverse and rich in life."

Part of that ecological diversity comes from the fact that there are a lot of environmental protections around the border. According to Vox, the United States recognizes 25 million acres of protected land within 100 miles of the border line, including national parks, wildlife refuges, and other conservation areas. According to The Times, Congress voted last year to protect one of these refuges, the Santa Ana National Wildlife Refuge in Texas, but environmentalists say more protections are needed.

"We urge the US government to recognize and give high priority to conserving the ecological, economic, political, and cultural value of the US–Mexico borderlands," wrote a group of more than 2,900 scientists in the journal Bioscience last year. "National security can and must be pursued with an approach that preserves our natural heritage."