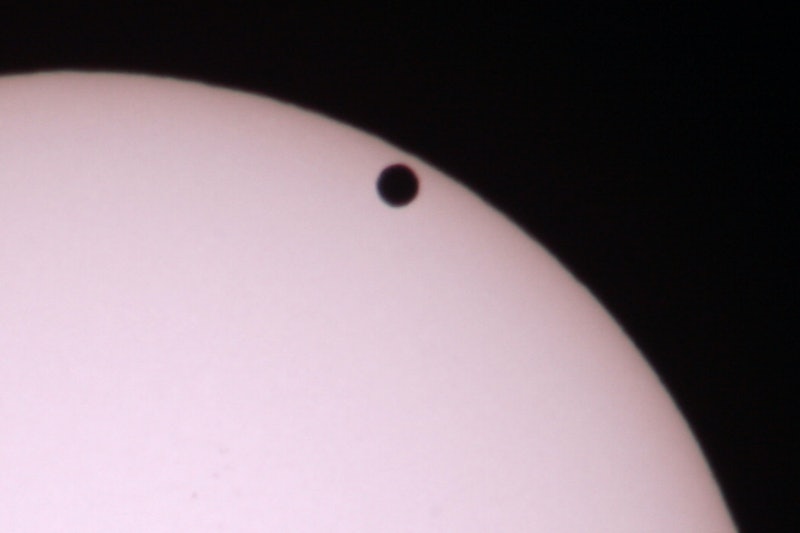 Venus is adoringly referred to as the ~planet of love~ and for good reason: it rules over passion, romance, beauty, money, and sensual pleasures. If you follow astrology, then you know this loving and feminine Goddess is in charge of your love life, creativity, and even your bank account. But let it be known: Venus retrograde's shadow period began on Sep. 2 — meaning that the planet's full-blown retrograde is just around the corner. This transit is going to affect all zodiac signs when it comes to relationships, romance, passion projects, and finances, so be prepared for the changes ahead.

When a planet retrogrades, in appears to move backwards in the sky, and astrologically speaking, this affects the areas of our life that the retrograding planet governs. But this event actually begins to affect us before the retrograde even begins (as well as after it ends) during what's called a shadow period. As described by AstroStyle, "Each retrograde cycle has a 'shadow period' — the awkward adjustment of the retrograde planet from apparent backward to forward motion…and vice-versa. For that reason, you may feel the stirrings of a retrograde cycle ... before it officially begins."

In the case of Venus, we'll be under its shadow period from now until its retrograde begins on Oct. 5. Astrologer Lisa Stardust spoke to Bustle and explains, "The pre-retrograde shadow period for Venus ... will add confusion to affairs of the heart, money matters, and cause inner conflicts within ourselves (as Venus also reflects our self esteem)." According to Astrology King, "During this phase you will get an idea of the love and money issues that will be of concern during the retrograde phase," so all in all, it's definitely the time to start preparing yourself for the confusion and intense feelings that Venus retrograde will serve you.

What can you expect from Venus retrograde's shadow period? "Relationships may hit a roadblock and your bank account may be stale as Venus settles into her pre-retrograde movement," Stardust tells Bustle. She continues, explaining that "The pre-shadow starts in Libra and heads into Scorpio ... which means Venusian matters are becoming unpredictable until December." Unpredictable? Yep, but don't react rashly — avoid sudden breakups, new romantic commitments, extreme changes to your appearance, or any major unnecessary spending if you can help it.

And during the shadow period, remember that retrogrades are a time for contemplation, not action — as tempting as it may be. "The best advice is to mend fences, create a financial plan, and practice more self care during the next month," says Stardust. While you should absolutely acknowledge what you desire during the retrograde, muster up the self-control to wait until it's over to actually act on it. You'll have so much more clarity once you're out of its shadows.

Here's how Venus retrograde's shadow period will affect all zodiac signs so you can be prepared throughout the planet's journey.

"While money may be the central theme of this transit, try to focus on other things, rather than the material, to uplift your senses and relationships," says Stardust. You may be ruled by Mars, Aries, but even you can't escape Venus' influence at this time. "[R]emember, money can’t buy love," Stardust advises. "Love is an emotion, not a material possession."

Relationships may be feeling messy and unclear, Taurus. "Try to discuss issues directly and get to the heart of the matter, this will allow you to squash problems within your relationships before they escalate," advises Stardust. And as a sign ruled by Venus, trust that the lessons being imparted on you during this time are going to strengthen partnerships in the future.

You're always looking for excitement, Gemini, but you may be feeling less-than-jazzed at the moment. The answer? Follow your passion into your next pursuit. "Try temporarily committing to a new regime or hobby to brighten up your day, which will leave you more energized," says Stardust. Know this may not be a lasting change, but will help you through the shadow.

Fair warning, Cancer: Venus' shadow may wash up some past lovers onto your shores. "An ex may start to creep on your social media, which may bring up old feelings," warns Stardust. But don't hide — this is a chance to work through the emotions! Stardust advises you to "[e]mbrace and honor the past, give gratitude and light to the time you both shared together."

Relationships of all kinds are going to be under the microscope for you, Leo, and boundaries are going to be super important — especially when it comes to your living situation. "Before you run away from the drama, try to work things out," advises Stardust. "[Y]ou will be surprised how eager people are to make amends." You have loving Venus to thank for that!

Clear and efficient communication is your jam, Virgo, but with emotion-focused Venus at the helm, it may be hard to speak your truth. "Your brain may be scrambling for the right words to express your truest feelings," says Stardust. So slow it down, as she also adds, "It’s OK to edit and revise an iMessage before you hit send in order for it to reflect your sentiments."

Lock up your pocketbook, Libra — what's getting twisted here is finances. "The free flow of cash to your bank account may be dwindling right now, forcing you to start a new financial plan," shares Stardust. Prepare for the retrograde now by keeping frugal and saying no to luxury spending. Stardust adds, "While this may be hard, it will benefit you in the long run."

You're feeling the feels, Scorpio, as the upcoming retrograde will fall in your sign. "It may be hard for you to find the right words to express yourself right now, as you are currently tongue tied, which will cause you to retreat," says Stardust. But hiding isn't the answer. As confusing as your emotions may be, Stardust advises, "Don’t repress, express!" So let it all out.

You certainly love life's luxurious pleasures (Venus does, too!), but now's the time to take it slow, as you may notice the shadow period affecting relationships and finances. "Taking a day off and zoning out from the worries of everyday life will reduce anxieties and put you back in the social scene in no time," advises Stardust. Self-care is a must for you, Sagittarius!

It's not just old flames who are showing up during this shadow — for you, Capricorn, it may be old friends. "Your popularity has left you missing some of your old friends," shares Stardust. You're busy, yes, but slow down enough to feel Venus' loving vibe. Stardust advises that "Reconnecting with your crew will warm your heart with memories and sentimental feelings."

You've got no shortage of passion projects, Aquarius, but this shadow asks you to focus on self-care. "All work and no play leaves you energetically depleted," warns Stardust, who advises, "Taking a step back from work projects right now will allow you to balance yourself out ... you have earned it!" So go ahead and pamper yourself — your passions aren't going to disappear.

Now's a time to reign in the tide when it comes to spending, Pisces — even if that means having to make a full U-turn on plans. "You have been planning the ultimate getaway for months, however, you have recently run into some financial snapoos, which may cause you to rethink your luxurious vacation," Stardust tells Bustle. Prepare now, thank yourself later.