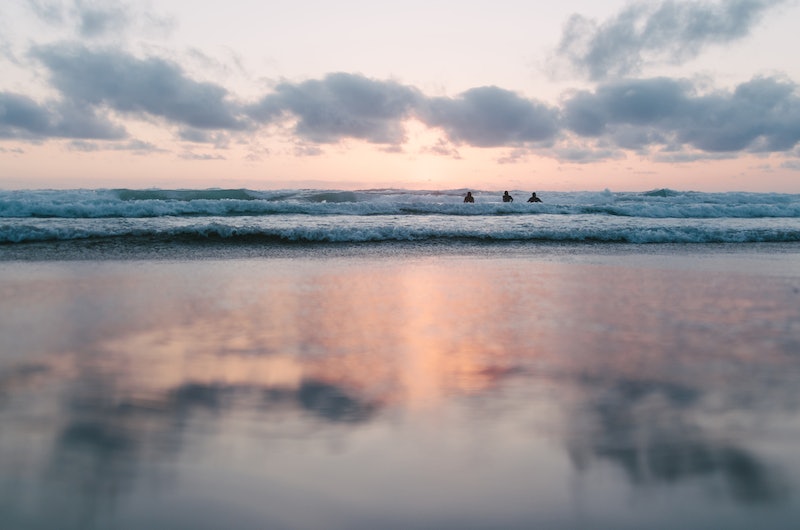 Like Jupiter retrograde, which is happening through mid June, Venus retrograde can work to your advantage if you understand its nuances. But first let's define "retrograde." Despite the word, planets do not actually travel backward during a retrograde rotation; they simply appear that way because of their position in relation to the Earth and Sun at varying times throughout the year. Venus retrograde occurs for approximately 40 to 43 days every 18 months. In 2017 Venus is retrograde in Aries from Mar. 4 to Apr. 2, and in Pisces from Apr. 2 to Apr. 15, according to Cafe Astrology.

Additionally, Cafe Astrology reports: "As the planet of love and values, Venus retrograde periods are times when we reassess what — and who — we value. It is a period that many astrologers consider inopportune for getting married or starting a new relationship."

While it may be a time for being wary of love, similar to Mercury retrograde, "Major financial undertakings are not advised during this period. Venus retrograde cycles are good times for creating budgets and financial plans, and for re-thinking our personal relationships. Taking final action in the areas of finance and love, however, is not advised until Venus turns direct again."

So much like Jupiter retrograde, Venus retrograde is a time for planning, and setting intentions for what you hope to attract, or accomplish when the planet goes direct. And, Venus retrograde can still wreak some havoc if you're not careful. Astrologers advise against things like getting a new haircut, or any type of beauty enhancement. Can I blame all of my awful haircuts on Venus retrograde? If you have the sudden urge to redecorate — hold off so you don't end up with something you might regret later. If you're planning to entertain during Venus retrograde, it might not go as planned. Knowing this ahead of time can keep you from having a meltdown.

Venus retrograde can mess with your senses, and trigger impulsive feelings of love, and desire, "If you hear people complaining during a Mercury retrograde that they messaged the wrong person and lost their mobile phone, during Venus retrograde listen for outlandish declarations of love and watch for extravagant purchases, made on a whim…" Astrologer Kimberly Peta Dewhirst writes on Star Sign Style.

Great. Making extravagant purchases and outlandish declarations of love is kind of the norm for me. Dewhirst says Taurus and Libra (plot twist: this is my sign) are particularly sensitive to Venus retrograde.

"Taurus rules the senses (beautiful scents, pleasing art scenes, and landscapes, valuables, material wealth, riches etc.) and the assets with which to indulge," Dewhirst writes. "Libra rules fashion, beauty, congenial social graces, and partnerships, including marriage. Taurus is akin to second house matters in astrology — where we find value and our personal power (also linked to money), and Libra is seventh house, how we relate to others and balance two egos harmoniously."

Past lovers may reappear during Venus retrograde, kind of like how Christopher in Gilmore Girls kept turning up in Lorelai's life at the absolute worst times. Can we blame all of that on Venus retrograde too? According to Cafe Astrology, "We are called upon to deal with relationship issues from the past during this Venus retrograde cycle. Events occur that seem fated or predestined. It can be a real challenge getting close to a lover during this period. Unorthodox, experimental, and non-intimate relationships may be favored."

What's more, with Venus in its detriment in the sign of Aries (the direct opposite of Libra, which is ruled by Venus). Negative associations of Venus in Aries such as impatience, arrogance, and childishness, or naivety could manifest and cause additional frustration. So now you might be asking, what's the good news about this whole Venus retrograde business?

"Venus retrograde is a good time to reassess and rediscover our values," Dewhirst advises on Star Sign Style. "Who do we appreciate? What do we like and appreciate around us in the way of material goods, people, friends — what qualities do we like in others? In ourselves?"

It's best to be aware that a flood of feelings for a past lover, an extreme drive to shave your head, or unrelenting desire to re-do your apartment in island-themed decor aren't necessarily real. During Venus retrograde, take pause and closely examine your impulses, or come mid-April you could wake up bald in your island-themed bedroom, broke, and canoodling with your high-school boyfriend wondering how you got there.