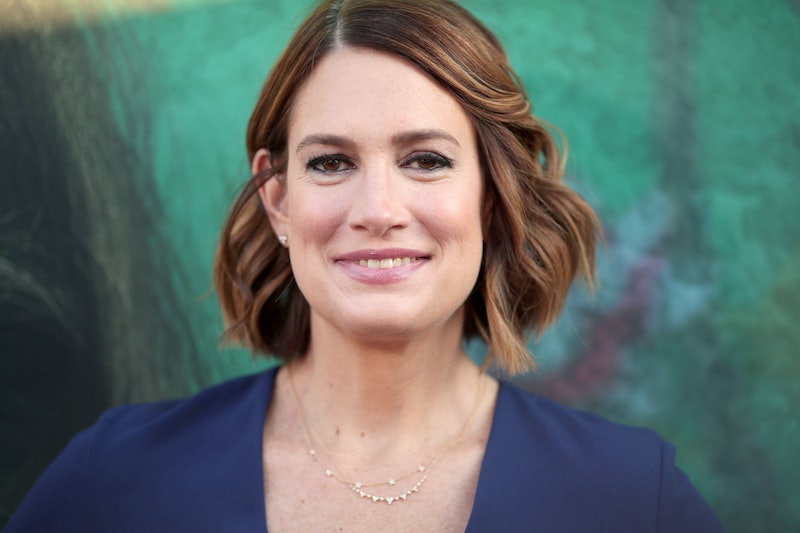 If there's any writer who gets complicated women, it's Gillian Flynn. The author of Gone Girl is not only responsible for introducing the compellingly messed up Amy Dunne, but also Sharp Objects' self-harming Camille Preaker and Dark Places' survivor Libby Day. It's no wonder that when making his new movie Widows, a heist thriller starring an ensemble of women, director Steve McQueen looked to Flynn to help create the four painfully real ladies at the film's center.

Having Flynn co-write the Widows script was "very, very important," says McQueen while at the movie's Chicago junket recently. Adds the filmmaker, "I could only reference things because I’m not a woman. So therefore you really need to sort of listen and find out and explore and investigate. But that’s why we’re a great team."

As a Black man, McQueen says, he comes from a particular "background of disadvantage," but as a woman, Flynn comes from one of her own. Combining those perspectives, as well as those of the movie's leading actors — Viola Davis, Cynthia Erivo, Elizabeth Debicki and Michelle Rodriguez — was crucial to making Widows as honest and representative as possible, according to McQueen. As he explains, "We all could come together and debate and talk about perception and reality."

For Flynn, deciding to co-write the movie with McQueen was an incredibly easy call. "He could’ve pitched me a deodorant commercial and I would’ve been like, 'that sounds riveting!'" the author says with a laugh, speaking at the junket. In addition to getting to work with the director, Flynn was excited to write a dark thriller that explores issues ranging from race to class to grief. "I thought Widows had something in common with a lot of things I like to do, which is use a genre element to dig into deeper societal issues, whether that’s using Sharp Objects and a mystery to talk about female rage and self harm, or Gone Girl to look at gender issues and marriage," she explains.

That said, the women of Widows (in theaters Nov. 16) are notably different than the leading ladies of Flynn's past stories. "With Widows, what’s so cool about it is these women are probably the closest to average as they start out their lives. They don’t start out with necessarily the secret that Camille has in Sharp Objects or Amy’s Amy-ness," the writer explains.

Whatever differences the protagonists of Flynn's projects may have, though, they all share the distinction of being truly complicated people. "My interest is creating female humans [with] all the wonderful wide range of emotions," says Flynn. "To be able to write four women who are really strong and layered and sometimes unlikable and they’re from different races and ethnicities and backgrounds — it was such a gift, and shouldn’t be so rare in 2018."

Amen to that. Hopefully, it won't be too much longer until seeing women on-screen as complex as those in Widows will be as commonplace as seeing them in real life every day.