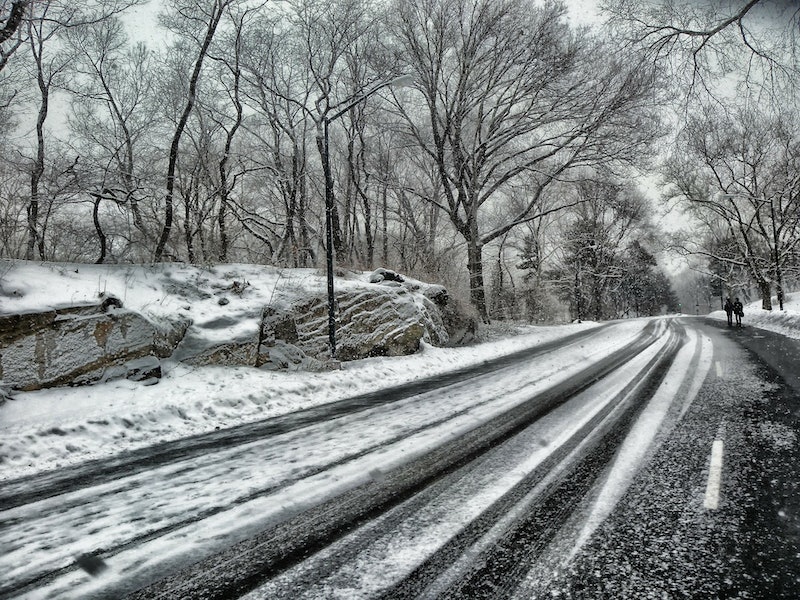 When it comes to this upcoming blizzard, named winter storm Stella, let’s put it this way: The more south you are in New York state, the closer you are to the storm. Especially for all of you in New York City... Stella is coming right at you. That said, the entire state of New York cannot avoid the storm since the every square foot will be affected in some way. But, how exactly will winter storm Stella affect New York?

Starting in the north, the storm actually won’t be as crazy. According to the Weather Channel, anyone north of Syracuse and Albany will only get five to eight inches of snow. Although five to eight inches is quite a lot for snow (well, maybe not for all of you that live upstate, since you’re probably used to the snow), it doesn’t even come close to what’s going to be happening in the southern parts of New York... especially the city.

Anyone south of Syracuse and Albany will most likely get around 8 to 12 inches of snow, and for New York City the snow could climb from 12 to 24 inches. The city is even on a blizzard watch. New York City Mayor Bill de Blasio already canceled school for Tuesday, Mar. 14. NBC New York has an updated list of all the schools with delays and cancellations throughout the New York state.

Snow is predicted to start around midnight Tuesday, and will reach its heaviest levels of snow within the city between 4 a.m. and 10 a.m. on Tuesday. It will continue to lightly snow throughout the rest of Tuesday and into the evening.

Flying on Tuesday or Wednesday? Forget about it. The storm has already started in the midwest and 3,000 flights have been canceled including 600 grounded flights in Chicago. Flights out of New York airports, such as the John F. Kennedy, LaGuardia, Newark International, and even Boston Logan, are predicted to be canceled already.

Winter storm Stella is bringing some violent winds with her, up to 40 to 50 miles per hour. The Weather Channel is also warning that the storm could cause tree damage, minor flooding, and even power outages. The roads are also expected to be atrocious, so avoid the I-95 at all costs.

Even though snow is a normal thing for those in upstate New York, having a snow storm in March for New York City is actually quite rare. There have only been 36 winter storms that have left over a foot of snow in New York City since 1869, and only four of those actually occurred in March. This will actually be the first time since 1960 that the city will see over a foot of snow.

More like this
Here's Your Horoscope For November 23, 2022
By Mecca Woods
Here's Your Daily Horoscope For November 16, 2022
By Mecca Woods
How Long Does Leftover Stuffing Last? Here's When To Toss It
By Chelsey Grasso and Alexis Morillo
How To Switch Back To A Personal Instagram Account From A Professional One
By Alexis Morillo
Get Even More From Bustle — Sign Up For The Newsletter