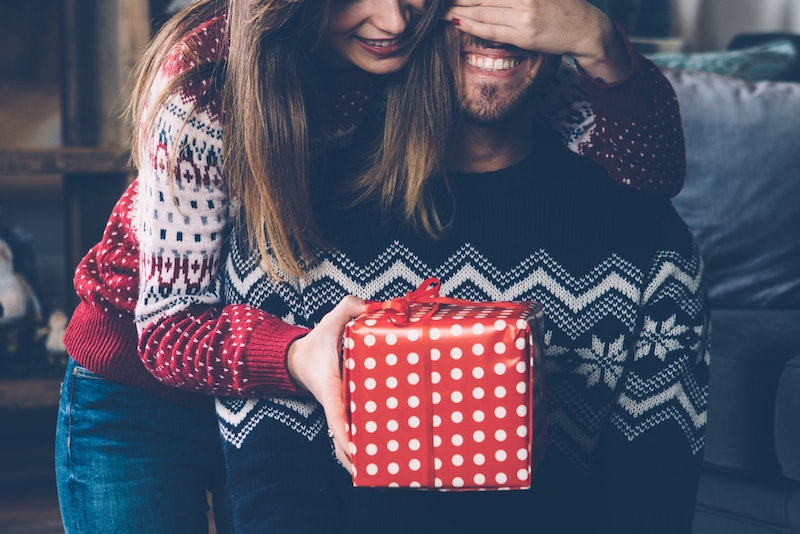 Though Mercury retrograde usually gets all the attention, it's not the only planet that's been in a backwards spin lately. Uranus has been retrograde in the zodiac sign Taurus since Aug. 7, and will remain in retrograde until Jan. 6. That means that the planet will be retrograde through the holiday season — and if you know anything about retrograde periods, you probably know that it's bound to shake things up a bit. Uranus is often known as the planet of sudden change and rebellion, which isn't exactly the kind of energy you want around in the midst of holiday craziness. So how will Uranus retrograde affect Christmas?

Uranus retrograde is a time to get rid of the things that are no longer working for us and to do something new. It's a time to get real with ourselves and to do the things that might make us feel a bit uncomfortable — which might cause some drama, especially during the holidays. But, these things are often for our own good, and more often than not, they better us in the end. It's the perfect time to make changes, to take a look at our biggest goals (especially the scary ones), and to become who we really want to be. It's actually not bad timing, since it's happening at the end of the year — it gives you a fresh start.

Change like this can be a really positive thing, but in the case of Uranus retrograde, it can also feel a bit sudden and reckless. It tends to affect big things in your life, like your relationships — and that kind of change around the holidays can be rough. You'll want to take things slow. Don't back away from the idea of doing something new or getting rid of something that isn't working for you, just make sure you think things through before making a quick and spontaneous decision.

To find out more about how Uranus retrograde would affect Christmas, Bustle spoke with astrologer Aliza Kelly Faragher, who tells Bustle to "always expect the unexpected." Faragher adds, "Uranus is the planet of innovation and rebellion, so when this giant goes backwards, progress often begins within." Keep the possibility of change in mind no matter what you're doing so that it doesn't catch you off guard.

Bustle also spoke to intuitive astrologer Kesaine Walker, who shares that this particular retrograde period could even affect the way we shop for gifts and also the kinds of gifts we ask for. Walker tells Bustle, "Instead of thinking about acquiring things, we may find ourselves focusing on letting go of and releasing what no longer serves us." In other words, when it comes to thinking of gifts you want, you might be more interested in the spiritual side of things rather than material gifts. That's not necessarily a bad thing!

Astrologer Lisa Stardust also tells Bustles that Uranus retrograde will also be affected by Mercury retrograde. Although Mercury retrograde will be done by early December, the shadow period will last until Dec. 24, which Stardust says "may add stresses to holiday shopping and Christmas Eve. Stardust added, "With Mercury clearing its shadow on the 24th, expected extra wackiness in travel and run-ins with people from the past. This energy is exasperated by Uranus during the holiday season."

You should also expect your relationships to maybe be a little more complicated than usual. Stardust tells Bustle, "Uranus Retrograde will be activated by the Nodes of Destiny, which means we will all make fated choices around who we will spend the holidays with. Also, be prepared for people to cancel last minute or to have a run in with an old friend or ex (when you least expect it)."

At the end of the day, it could definitely be worse — it seems like Uranus retrograde is simply going to make you more focused on becoming a better you. Even if it does bring a little drama this Christmas, it's for a good cause.