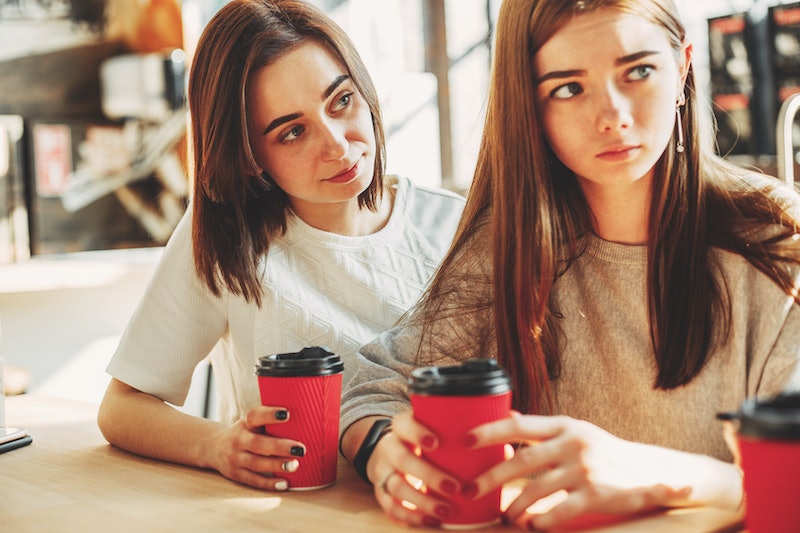 If you start feeling a little more anxious than normal come August it could be because of Uranus Retrograde. I know what you're thinking — not another retrograde. So, just what is Uranus Retrograde? The seventh planet from the sun goes retrograde Aug. 7, 2018 and stays there are until January 7, 2019. Like Jupiter and Saturn, this retrograde is a long one, and here's what you can expect.

You'll only be really affected if Uranus is in your natal chart, which sounds like good news — until you consider that you probably do have it on your natal chart, because most people have all planets somewhere on that chart. Like Saturn Retrograde, this cosmic reverse involves working through past life issues, but in an entirely different way. While Saturn Retrograde is all about righting your karmic ship, Uranus Retrograde can cause stress from unresolved, or underdeveloped, former life issues to manifest as anxiety, neurosis, and sudden personality changes.

"Uranus Retrograde in your chart could show as abruptness or egotism. Erratic behavior or unreliability that holds you back," Astrology King noted. "Such traits could well have been an ongoing problem hindering success over many incarnations. Events or relationships will keep reinforcing the problem area this life, especially during Uranus Retrograde phases, until you make the necessary internal changes."

I know this sounds like a lot to digest, but opportunities will present themselves that can make a clear path more apparent.

Uranus Retrograde will be an opportunity to make big changes. "When Uranus transits retrograde, it will reawaken freedom urges causing the individual to suddenly rebel against any ruts or confinement in the life," Astrologer Lynn Koiner noted on her website. "I feel that it is better to process what needs to change while Uranus is retrograde and actualize the change when it turns direct. The retrograde simply makes you aware but it is generally not wise to impulsively act upon an awareness."

Translation — Uranus Retrograde, if you have Uranus in your natal chart, might make you feel all dark and twisty — which can be uncomfortable, of course.

"When Uranus is retrograde natally, the rebellious urges tend to bottle up, bottle up and then burst forth seemingly out of nowhere," Koiner wrote. "This stems from the fact that these people need to make changes internally before they can manifest them in the external world."

Additionally, this means you should stay away from friends who can easily influence you into less-than-great behavior — because not only will you be easily swayed, but you'll also be more prone to outbursts of a not-so-great variety. This could shake up your social life in some ways, but it's for the best; it's important that you see what needs to change, understand why, and then move forward to actually making that change in 2019. That could be understanding who your healthiest friendships are with, in the case of Uranus Retrograde.

If you're not sure if Uranus is in your natal chart, you can get a free chart to find out for sure.

Uranus Retrograde Can Cause A Conscious Societal Shift

There's a usually a lot of focus about how a planetary retrograde affects you individually, but some retrogrades can have a significant impact on society as a whole.

"At the mundane level I expect Uranus Retrograde trine North Node to result in a shift of the mass consciousness toward socialism and away from the extreme right... religious mania or extremism are possible outcomes if you remain single-minded and self-righteous," Astrology King noted. "Instead of narrowing your field of view it is better to gain a wider and more comprehensive knowledge. Travel and mixing with people from different backgrounds will help you avoid any chance of bigotry, xenophobia or other forms of intolerance and ignorance."