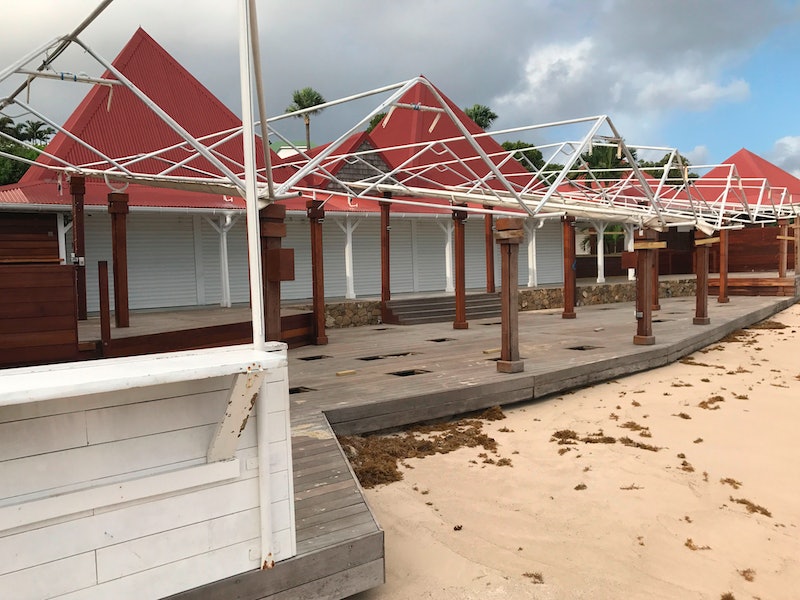 Texas is still reeling from devastating flooding in the wake of Hurricane Harvey, so growing apprehension about an even bigger storm making its way towards the U.S. east coast is understandable. According to the latest updates on Hurricane Irma's path, if it stays on course, both in terms of its size and its path, it will be the biggest hurricane to hit the United States in years, and the damage could be catastrophic.

Meteorologists and weather analysts will have a clearer picture of Irma's size and path as the week goes on. Landfall in the United States is not expected until Saturday or Sunday, so there is potentially time for Irma to veer to the north or east, and possibly avoid hitting the East Coast altogether. However, that course is increasingly unlikely, according to the latest projections from most news outlets.

Right now, Irma is gathering strength in the Carribbean, and is projected to hit the Leeward Islands, the Domincan Republican, Puerto Rico, and Cuba before heading toward the continental United States. If nothing changes between then and now, Irma will be the biggest hurricane Florida has seen since 1992.

Below are all the most recent updates on Hurricane Irma's path, and what that means for those living in it.

More like this
The 15 Best Dresses For Hot Weather
By Andrea Gale Boerem
According To Designers, These Cheap Home Updates Make The Biggest Impact
By Dena Ogden
For These Abortion Clinic Volunteers, Going TikTok Viral Is A Risk Worth Taking
By Audra Heinrichs
Jurnee Smollett’s Heart Is Healing
By Rebecca Carroll
Get Even More From Bustle — Sign Up For The Newsletter