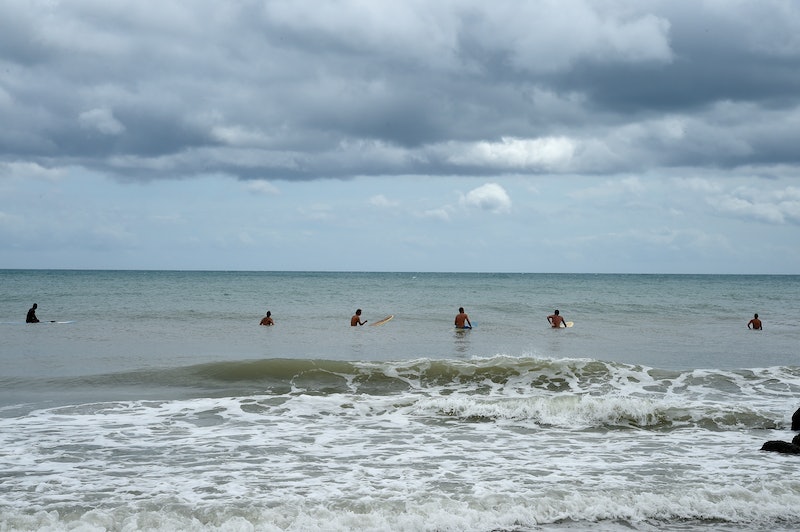 Hurricanes can be hard to plan for, especially when their paths change at the last minute. You may want to know if Hurricane Irma is going to hit Texas, Florida, or the Carolinas right now. But at this point, it's impossible to tell the path so far out. What can be seen is Meteorologists at the National Hurricane Center have checked Hurricane Irma radar, and it shows that Irma will hit several Caribbean islands in the next days, and that people there should be making preparations "to protect life and property."

The National Hurricane Center takes the most recent data from satellite, radar, and more and sends updates every couple of hours. This includes things like the maximum sustained windspeed and the direction the storm is moving. In Irma's case, it is seeing winds at about 120 miles per hour and movement towards the west-southwest at 14 miles per hour, as of 11 a.m. ET Monday. It also spells out where the hurricane will hit. The Hurricane Irma Public Advisory from Monday morning reads:

A turn toward the west is expected later today, followed by a west-northwestward turn late Tuesday. On the forecast track, the center of Irma will move near or over portions of the northern Leeward Islands Tuesday night and early Wednesday.

There are also interactive maps on the site that you can check to see where a storm is predicted to head to, what the wind speeds will be at which point and more. It also marks where there have been hurricane warnings and watches set for. Right now some of the Leeward Islands are in the line of the tornado. Barbuda, Antigua, and Saint Martin are among the islands under a warning. The U.S. Virgin Islands and Puerto Rico are currently just under a watch.

As for the longer term predictions, AccuWeather shows that there are lots of possibilities. Evan Myers, a meteorologist for the site noted that Irma "has the potential to significantly strain FEMA and other governmental resources occurring so quickly on the heels of Harvey." But where it hits the mainland U.S. — if at all — is still up in the air. They pointed to the Gulf Coast, Florida, Georgia, and even the Carolinas as a possibility.

For some of the best visuals of radar from Irma, you'll want to see The Weather Channel. Their color radar maps show the intensity of the winds at the current moment. You can very clearly make out the center eye of the storm. That brings home the importance of one of their warnings, for the islands that come first in Irma's path. Here's what the National Hurricane Center says about them:

A warning is typically issued 36 hours before the anticipated first occurrence of tropical-storm-force winds, conditions that make outside preparations difficult or dangerous. Preparations to protect life and property should be rushed to completion.

So if you are located in Irma's path, or may be soon, keep the timeline of preparations in mind: the sooner the better.