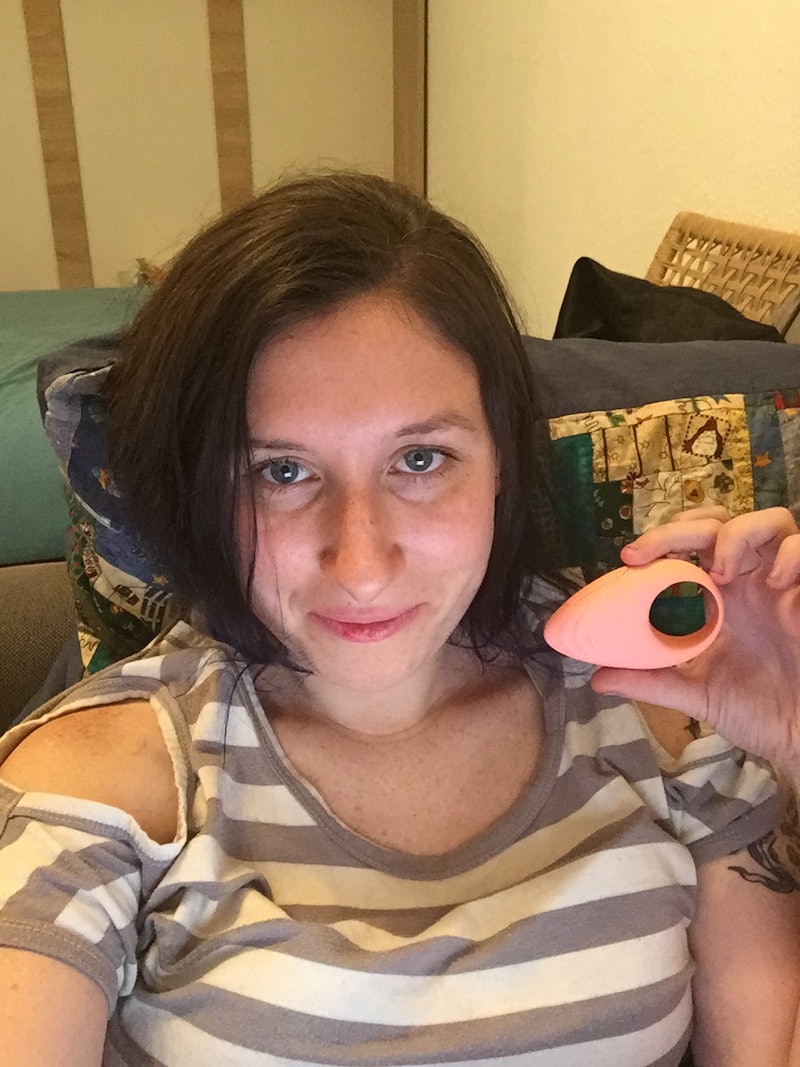 I'm all about women getting their fair share of sexual pleasure. So, when I learned about O'Actually's "pleasure pledge," which has women promise themselves an orgasm a day for the month of February, I was very much in favor. In fact, after completing the challenge last year, I figured I'd one-up myself and pledge that this year, I'd have two orgasms a day.

Kit Murray Maloney, the woman behind the annual challenge, created it to help women own their sexuality and enjoy it for themselves in a world that teaches them to please others. "Too often, women's sexuality is seen as something outside of ourselves or something that can be pushed down to the very bottom of our endless to-do lists," she tells Bustle. "The pleasure pledge invites women to integrate sexual self-care practices, including solo-sex and female orgasms, into their holistic self-care rhythms. This brings women's sexual pleasure and women's sexualities back home to women, releasing myths that women's sexuality is about someone else or is not as important as other aspects of women's lives."

Maloney believes that committing to sexual pleasure daily will, in turn, empower women in other areas. “Women's sexuality, including sexual pleasure and female orgasms, are critical components of women's optimized health, expression, and empowerment," she says. "And the world needs more nourished, resourced, and vibrant women!"

My motivations for taking part in the challenge were something along those lines. I figured that if my days were filled with sexual pleasure, I might take that pleasure to other areas of my life and get more enjoyment out of everything. And I know orgasms are good for your health, so I figured it could only help me.

When I asked Maloney what to do about this, I expected her to tell me I was blocked by sexual shame, as you often hear about women reluctant to pursue sexual pleasure. Instead, she acknowledged the nuance of the situation. "I think for some women, feelings like that are a resistance to prioritizing their sexuality and sexual pleasure," she said. "However, I suspect that is not the case for you and not the case for many other women, too. Rather, for women who have already integrated their sexuality into their self-care, there are simply times when solo sex isn't the aligned form of sexual and holistic nurturance that day."

So, for the rest of the month, I took the pressure off myself to have any specific number of orgasms a day and instead asked what my body really wanted. Sometimes, I went on a walk or took a bath instead. Sometimes, I masturbated without the goal of orgasm. This felt more gentle and self-loving than forcing my body to do anything it didn’t necessarily want.

I’m still glad I took a pledge to have two orgasms a day, though, because I learned to do something even better: make way for what my body needs in any given moment.