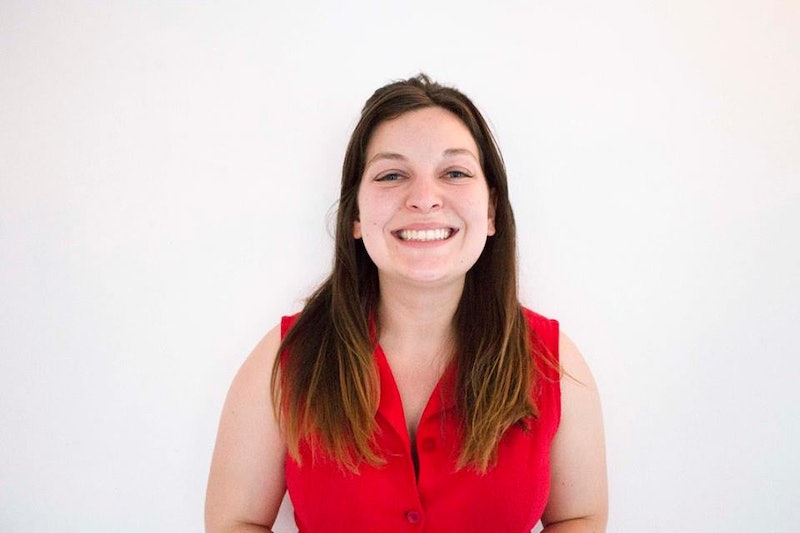 I work as a financial journalist as my day job, so I spend a lot of time like covering things like asset management and investing. At my former job, where I covered healthcare stocks, I was really excited about the topics that I was covering, but I found that a lot of my friends would kind of tune out whenever I said words like “investment” or “stock” or “public company.” It was strange to me that most of my female friends shied away from what I thought were these basic terms. At the same time, I was living off of a journalist’s salary in New York City, which is rough when you're starting out. I felt like this dissonance between what I was covering at work and then looking at my own financial life, where I was walking dogs to make ends meet.

So, I co-founded She Spends, a community centered around giving people actionable tools to close the wage, investing, and board seat gaps, around April of 2017. I decided to start with a newsletter to break money things down for people who might not be interested in it, but who want to get better at it. In the newsletter, we include an update on financial news and profile women, nonbinary folks, and sometimes men who are doing awesome things in their careers. There's a section called She Saves, which is all about personal finance. And then we include a money diary every week because I think it's really interesting to see how people are spending and saving their money, and it helps to know sort of where your peers are at. It’s done anonymously to help overcome that fear of talking about money that exists for some people. We also created a Facebook group, and now there’s over a thousand members. We’ve had some panel events, and we also have an affiliate program with Ellevest, an investment platform for women.

It's definitely challenging to write something every single week, especially because I'm still working full time and I'm going to school to become a certified financial planner. It's a lot, but it's worth it, especially because I see actual outcomes from the newsletter and the online community that we've been able to build. Women come to us quite often saying, “I used your advice and I got this much of a raise.” Someone recently said that they were nervous about asking for a comp day, but after asking the group for advice, they asked and they got it. Seeing that all play out makes you want to keep doing it.

Over the course of growing this community, I’ve learned that it’s important to just go for ideas that you have. She Spends became so much bigger than I had initially expected, which is very cool to me. I’ve also learned about being open to understanding the different challenges readers face. I’m a white woman, I grew up pretty middle class, and though I had challenges, I've had to learn that there are people who are struggling far more than I am. It’s important for the conversation to center on the folks who are dealing with the worst discrimination when it comes to wages, investing, and board seats.

It's one thing to pay lip service on one day in April ... But it's another thing to allow people in your company to talk about salaries.

With Equal Pay Day on April 2, one of the biggest things we can do is not just recognize this day, but also recognize Black women’s equal pay day on Aug. 22, and Latinx women’s equal pay day on Nov. 20. It’s great for companies to tweet about it and get the likes, but the truth is, you need to live those values every day. It's one thing to pay lip service on one day in April about paying your employees equally. But it's another thing to allow people in your company to talk about salaries and to publish what you're paying people.

If you're a consumer or if you're working somewhere that's talking about Equal Pay Day, encourage them to take action that really makes change. If someone's posting on Instagram, you can reach out in a comment or DM, even an email, and say, “As a person who buys your product, I want to encourage you to use those pay practices.” It can feel like you're shouting into the void, but you don't know what kind of feedback really can make change.

As told to Melanie Mignucci