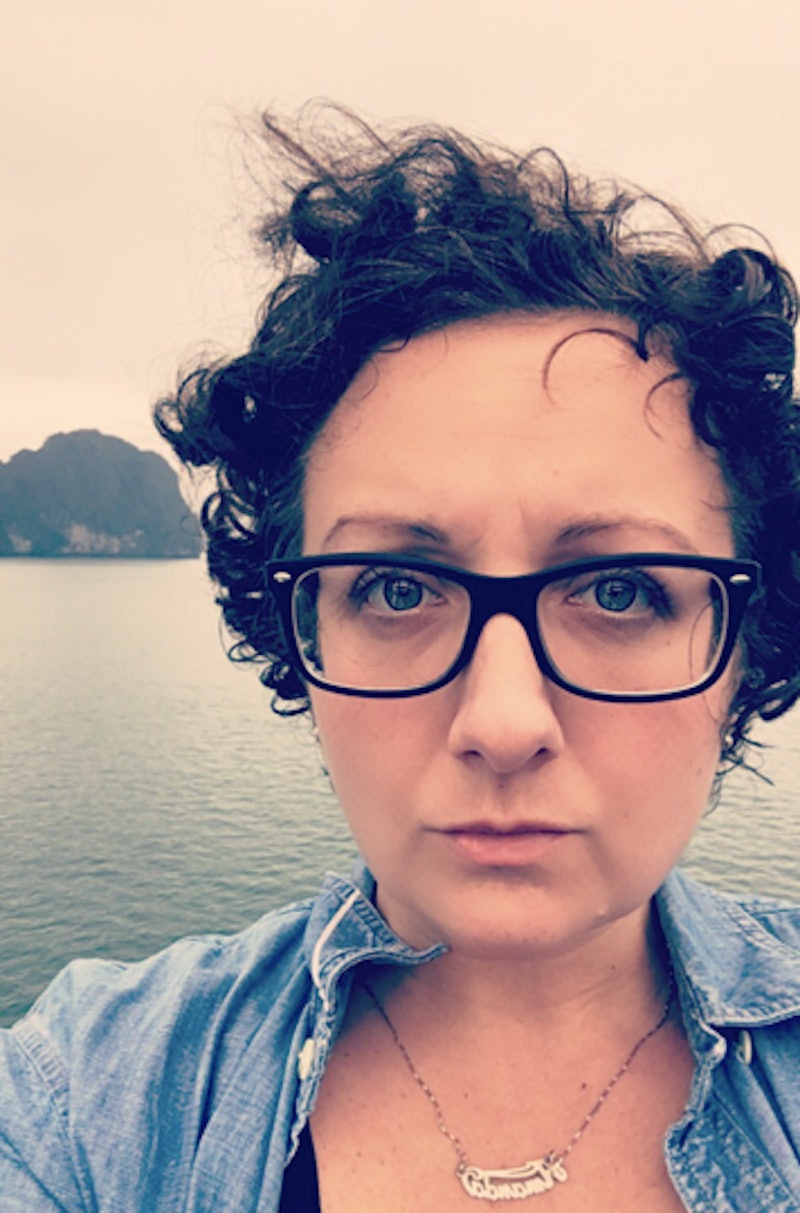 Although I technically live in New York, I’m not there much lately. I sublet my apartment to travel half the year. In many ways this is heartbreaking, because New York is the love of my life. But in other ways, it’s good for me; it certainly gives my liver a well-deserved break. I have struggled with alcohol abuse since my mid-20s, and although I started drinking before that, it didn’t become a problem — a real problem — until I moved to New York.

It’s not as though the city drives one to dri- OK, sometimes it does. But the bigger factor for me is that drinking is such an inherent part of the culture here. Sure, other cities have Happy Hour, and maybe even bottomless mimosas at brunch. But to get drunk almost every night of the week, to go to Boozy Brunch on both Saturday and Sunday, to practice the time-honored activity of getting Day Drunk when the weather is nice, isn’t taken as a sign that you have a problem in New York — it's seen as a sign that you're fun. Every office I have ever worked in here had alcohol in it — not for decoration or special celebrations, but simply to be consumed on a slow afternoon, when we all indulged. And we didn't feel guilty about it. There was something glamorous about it, drinking at work, like a Mad Men meets Sex and the City scenario. Those are shows where characters were rarely without a drink in their hand.

For a very long time, I was the last one to go home, unaware that the party was over and I had no one left with whom I could drink. But that didn't stop me from drinking more.

Of course, the drinking culture is alive and well outside of New York, too. When I'm at my parents' for the holidays and meet up with old college classmates, we don't meet for dinner; we meet for drinks. Everyone stays for "just one more round," and even after that, we often stumble onto another bar, then another. Who wants to be that first person to go home at night? Not me.

In fact, for a very long time, I was the last one to go home, unaware that the party was over and I had no one left with whom I could drink. But that didn't stop me from drinking more.

Drinking has affected both my personal and professional life. I can’t even list all the times I went to work feeling on the brink of death because of a hangover, or how many times I had “food poisoning” and never made it in at all. As for how it’s affected my personal life, well, if we count up all the times I’ve said things I shouldn’t have while under the influence, it’s a wonder I haven’t lost more friends. I’ve been thrown out of at least half a dozen bars on the Lower East Side — and those are the ones that I can remember. If I drink to chase away a bad day, I get only angrier.

But despite that, I struggle when I try to imagine how I could not drink in a world that embraces drinking so deeply. How do I go to a wedding and not toast the happy couple? How do I pass on Drunk Brunch with a handful of friends when I'm home? How will I get through a night of dancing to awful house music at a gay club without a super-strong mixed drink in my hand? I don’t have the answer for that. If I did, I would have stopped drinking a long time ago.

And how I suffered for days afterward — the shakes, sweating, nausea, and pounding headache. Back in the day, I’d just drink those effects away, but these days, I have my bender, then kiss the alcohol goodbye until the next time. That doesn’t erase the fact that I have a problem, though.

I come from a long line of alcoholics on my father’s side. My father has fought it his whole life, finally giving up drinking completely in his 50s. My grandfather drank himself into seeing monkeys — seriously, he thought he was being followed home from the bar by monkeys on several occasions. Every cousin I have on my father’s side has dealt with their fair share of alcohol abuse. I have one cousin who’s in jail for life for drinking-related offenses, another cousin who almost drank himself to death after his wife drank herself to death, and a third whose alcoholism led to a life of drugs and whose whereabouts are now unknown. The last time anyone heard from her was easily a decade ago; she needed to be bailed out of jail after she’d been arrested for solicitation. But I wasn't privy to this side of my family until I grew up — I'm a generation younger than those cousins. I wasn't there to witness the downward spiral of their drinking and the damage it caused.

And yet, despite knowing all these things, I drink. I drink to celebrate something, no matter how small. I drink to escape my depression. I drink to numb any sadness. I drink when I’m bored. I drink because I can.

I know I’m an alcoholic. I can say it without hesitation, without a single doubt in my mind. I may not be the kind of alcoholic typically depicted in movies or books — the falling-down drunk whose friends or family need to drag them out of bars after they’ve sat there alone for hours, drinking the day away. But I am the alcoholic who has woken up in her bed not knowing how she got home. I am the alcoholic who’s lost friends over my acid drunk tongue. I am the alcoholic whose neighbors have found her passed out outside her apartment because she couldn’t figure out how to get in. And I am the alcoholic who, try as I might, cannot, under any circumstances, have just one drink.

Honestly, I'm afraid to give up drinking. I can't even imagine what that life would look like — all the events I'd have to avoid, all the group dinners I'd have to skip, all the social engagements I'd have to give up. As much as I love and respect my sober friends, and admire them in such an immense way that I admire very few people, when they're not drinking in social situations and I am, I feel uncomfortable. Am I tempting them by holding this glass of wine? Am I disrespecting them by not taking this drink into the other room, away from them and out of sight? I don't know what's appropriate and polite behavior, and because of this, I don't want to make my friends who drink feel the same way if I were to stop drinking for good. Or maybe my drinking, or lack of drinking, doesn't phase anyone at all; maybe all of this is in my head.

It’s easy to blame a culture where drinking is such a major component, but that’s passing the buck. It’s easy to point to my friends and say, “But they made me do pickle backs at 1 a.m., although we were already wasted," but that’s just childish. I need to own the fact that I have a problem, which I do. But I also need to own the fact that I need to do something about it, but I don't.

I get on a plane to Paris in a couple days. I know that when the flight attendant comes around, I’ll order red wine. I know that before the six-hour flight is over, I will have had more than one red wine. I’ll check into my Airbnb around noon, and then, without a doubt, I’ll head to a café and order more red wine to “celebrate” my return to Paris. Later that night, I’ll meet up with friends and we’ll celebrate some more, ordering three or four bottles between the three of us. When I wander home, I know I’ll drink more cheap, fantastic French wine, because that's just how it will be. I can sit here and promise that this won’t be the result, but I’d be lying. My addiction will win. It will always win until I’m ready to let it go.

I can’t wrap this essay up in a pretty little bow, with the promise of giving up drinking, although I wish I could. But what I can do is say that more of us have a problem than we’re willing to admit, because we live in a culture that makes drinking and getting drunk the norm. While we can’t change that and we can't blame our culture for our own choices, we can at least stop lying to ourselves. As they say, admitting we have a problem is the first step: My name is Amanda Chatel, and I'm an alcoholic.