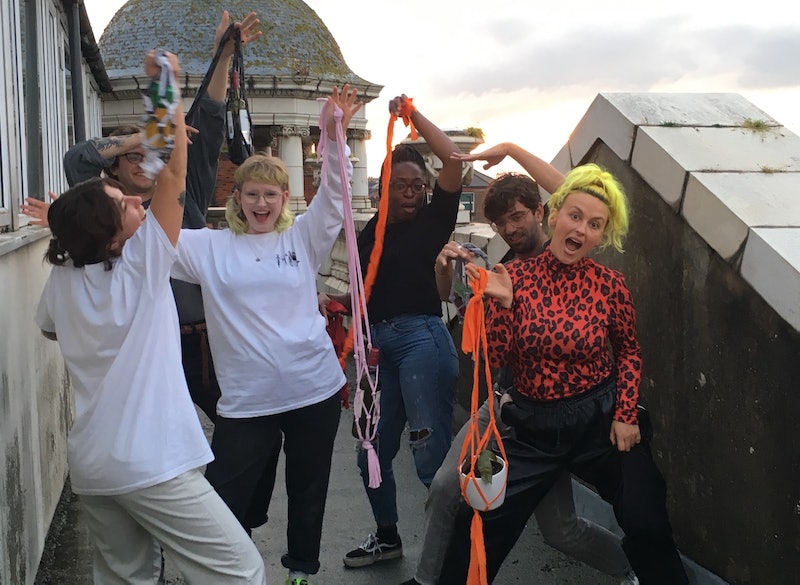 About six months ago, I decided I wanted to start some sort of club that would bring people together. As we all know, meeting people gets increasingly difficult with age. (And when I say meeting people, I am not talking about romantic dalliances and fumbles. Hell to the no. I mean the important stuff, meeting potential BFFs.) This is especially true when you have recently settled in a new place, which is exactly the position I found myself in.

When I first moved, my main avenue for making friends — and one I literally recommend to everyone — was getting a job in a lovely local caf. Slinging coffees and teas like a bad man. Working as a barista is looked down on by some people but, let me tell you, when people fork over the amount they do for a flat white, they expect perfection. And most baristas' hourly wages could barely afford them a flat white of their own. So make sure and give them an extra smile next time.

Anyway, I digress. One of the things I noticed when I worked in the café was all these incredible new friends I made from all different walks of life. People who each had a story that was utterly fascinating and who went on to inspire me personally and professionally. And we were all united by one thing: relative loneliness. My pals had also moved to this new town all eager and sparkling, only to have the reality of how hard it is to meet pals hit them like a big bag of bricks. Everyone I spoke to basically said the same thing: "I'm really struggling to make friends."

Adulting is super hard. Was it always this hard? Or is it just us me-me-me-lennials complaining about regular life? Well, one of life's sweet joys, no matter what your age or stage of life, is leisure time. Yes effing please, load me up. However, do you ever feel like your leisure time sometimes misses the mark? Like maybe you don't feel very enriched after it's over? Or maybe the mere thought of slotting in a little leisure time seems out of the question while you are dealing with this week's work crisis.

So I got to thinking (Carrie Bradshaw moment) how the hell I could get all these new people I'd met together for a bit of leisure time that was accessible for all, interesting, cheap, and was fun. Just plain old fun. Something that wasn't exclusive, exclusionary, cliquey, or intimidating. An experience that wouldn't leave people feeling flat.

So after a lot of thought, I came up with Botany and Booze, a BYO plant and crafts club. Each gathering, one member would give the group a quick tutorial on a plant and/or craft of their choice, and then the rest of us would give it a go while sipping on whatever grog (or no grog) we wanted. All for the cost of whatever booze each person chose to bring, and the materials (which this thrifty club founder ensured could pretty much always be brought from home). Luckily I was able to find a space to host it free of cost, which helped keep the club free for all.

During our most recent Botany and Booze meet up, we made macramé plant hangers from old teeshirts. An activity that sounds as frustrating as being wedged between a chair kicker and a chair recliner in an airplane seat you paid too much for. But one that turned out to be easy as pie. Some of our members even went so far as to make beer slings instead of plant hangers because, why not? Your beer deserves its very own shibari holder too.

The club is still in its infancy, but I hope it'll grow and grow, uniting people who might not otherwise have met in a safe space, helping us all learn new things, and of course — having an eff tonne of fun.