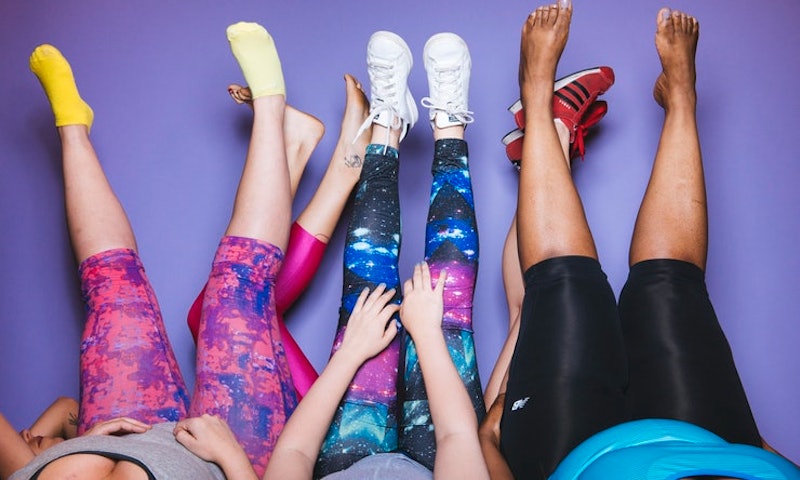 I've always been curious about polyamorous relationships but unsure if I could actually pull one off. So, I was excited to learn that Andre Shakti, author of the "I Am Poly & So Can You!" column at IAmPoly.net, was teaching a class on polyamory through the online sex ed platform O.School.

O.School, which launched in November, provides live-streamed classes for grownups who still have questions about sex. The platform's "pleasure educators" teach everything from maintaining a sex life when you're dealing with depression to getting out of your head through tantra. There are several classes a day, so check out the calendar if you're curious about them.

This particular one was called "I Am Poly(amorous) & So Can You!", and it served as a Q&A about polyamory. Shakti spoke over video, and people sent their questions about polyamory in writing through the live-chat feature. What became clear from the session was that a lot of people are curious about polyamory but unsure how to go about it. And it's easy to see why: It's complicated! There are endless ways to be polyamorous, and as Shakti explained, it requires a lot of work. Here's what I learned about polyamory from the class.

1. Don't Introduce Your Polyamory With A "Cancer Talk"

When someone asked how to let their casual dating partners know they're poly, Shakti responded, "Don't have the cancer talk" — advice that could apply to a lot of situations. In other words, instead of acting like you're breaking bad news, mention your identity as if it's something you're proud of (which, hopefully, it is). Shakti also recommends stating exactly what kind of relationship you have and hope to have in your online dating profile and whenever you start dating someone. It'll save everyone time.

Jealousy may not be the most noble human emotion, but it is a human emotion. Shakti advocates developing "a close relationship with your jealousy" instead of apologizing for it. You could even get The Jealousy Workbook to start exploring the roots of it. Jealousy is unavoidable, but it doesn't have to be avoided.

One question (OK, mine) was about what to do if you don't want to be monogamous or put extra work into your relationship. To my chagrin, Shakti said you basically do have to choose one or the other. "Non-monogamy is a kind of labor that most people are not prepared for when they dive in," she said. "It's a lot more talking than it is sex." However, if you're willing to do the work, Shakti believes it's well worth it. Otherwise, after all, you'll always wonder what might happen if you took that leap.

4. Love Is An Infinite Resource

Many people don't think polyamory is feasible because they've been taught love is finite. But Shakti believes it's unlimited, or at least less limited than we think — and you never know when you've reached your limit until you test it. Women in particular are taught that men are a scarce resource and they have to compete with other women over them. This myth sets us up to live in fear and heartache when the truth is, there's plenty of people and love to go around.

5. Neither Polyamory Nor Monogamy Is Superior

It was refreshing to hear Shakti say that she doesn't think polyamory is true human nature or a more evolved form of love, like some poly people seem to think. Instead, she emphasized that polyamory is best for some people and monogamy is best for others. However, many people who are best suited for polyamory never get to find out because they're taught monogamy is the only option.

That's why it's so important for platforms like O.School to educate people about different relationship models. Unfortunately, they don't teach you this in school. But it's never too late to learn.