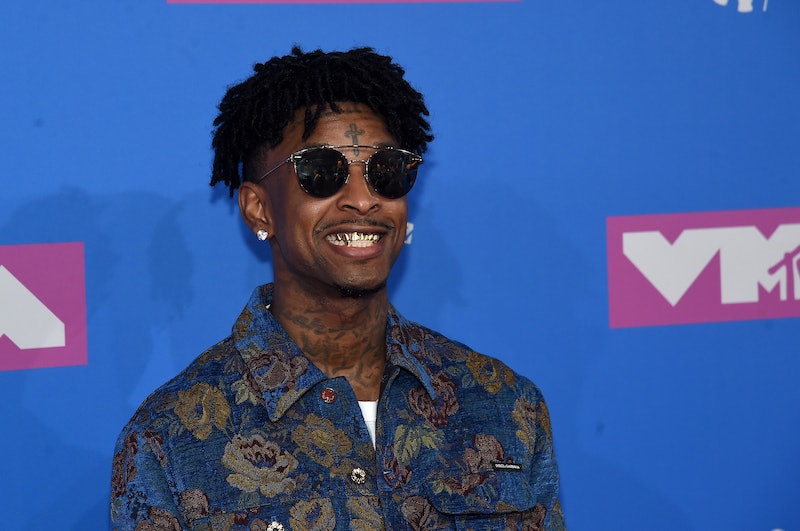 After detaining him for nine days for allegedly overstaying his visa, ICE will release 21 Savage on bond, his lawyers announced Tuesday. The Grammy-nominated rapper, real name She’yaa Bin Abraham-Joseph, is a citizen of the United Kingdom, and NPR reports that he is expected to be released sometime Wednesday.

Abraham-Joseph and ICE have offered disputing accounts of his immigration history, elements of which remain unclear. In a statement to the Washington Post, ICE spokesperson Bryan Cox said that Abraham-Joseph "initially entered the U.S. legally in July 2005," when he was 14 years old; his lawyers, however, say that he first came to the U.S. when he was 7, and "has been continuously physically present in the United States for almost 20 years, except for a brief visit abroad."

In his statement, Cox also cited Abraham-Joseph's criminal history, telling the Post that the rapper "was convicted on felony drug charges in October 2014." According to Variety, that conviction was later expunged, however.

Charles Kuck, one of Abraham-Joseph's lawyers, said that the rapper filed for a U Visa in 2017, and that the government has been aware of this but "took no action against him until this past weekend." A U Visa is a special type of green card available to "victims of certain crimes who have suffered substantial physical or mental abuse and are helpful to the investigation or prosecution of the criminal activity," according to ICE's website.

After his initial detention in Georgia, NPR reported that Abraham-Joseph faced the possibility of deportation. On Wednesday, however, Kuck confirmed that within the last 24 hours, Abraham-Joseph was given an expedited hearing and "granted a release on bond."

"He won his freedom," Kuck said.

When asked for comment by the Atlanta Journal-Constitution, Cox refused to address Abraham-Joseph's case specifically, saying only that ICE "fully respects the Constitutional rights of all persons to peacefully express their opinions" but also "remains committed to performing its immigration enforcement mission consistent with federal law and agency policy."

Abraham-Joseph's arrest and detention came as a shock to many of his fans, as he is closely associated with the Atlanta rap scene. Many of his lyrics and songs reference the city, and he said in a 2016 interview that he's "from Decatur, Georgia."

Nevertheless, Abraham-Joseph — who was nominated for two Grammys and was slated to perform at the event before his arrest — received an outpouring of support from his fellow rappers and fans after ICE arrested him. Jay-Z hired a lawyer to represent him in his fight to be released, and rappers T.I., Killer Mike, Swizz Beatz and DJ Khaled all advocated for his release.

A coalition of civil rights groups including Color of Change, United We Dream, Define American and Black Alliance For Just Immigration also threw its support behind Abraham-Joseph, starting a petition demanding his release that gathered over 473,000 signatures in eight days. Before Abraham-Joseph was cleared for release, around 50 demonstrators gathered across the street from the Atlanta Immigration Court building to show their support.