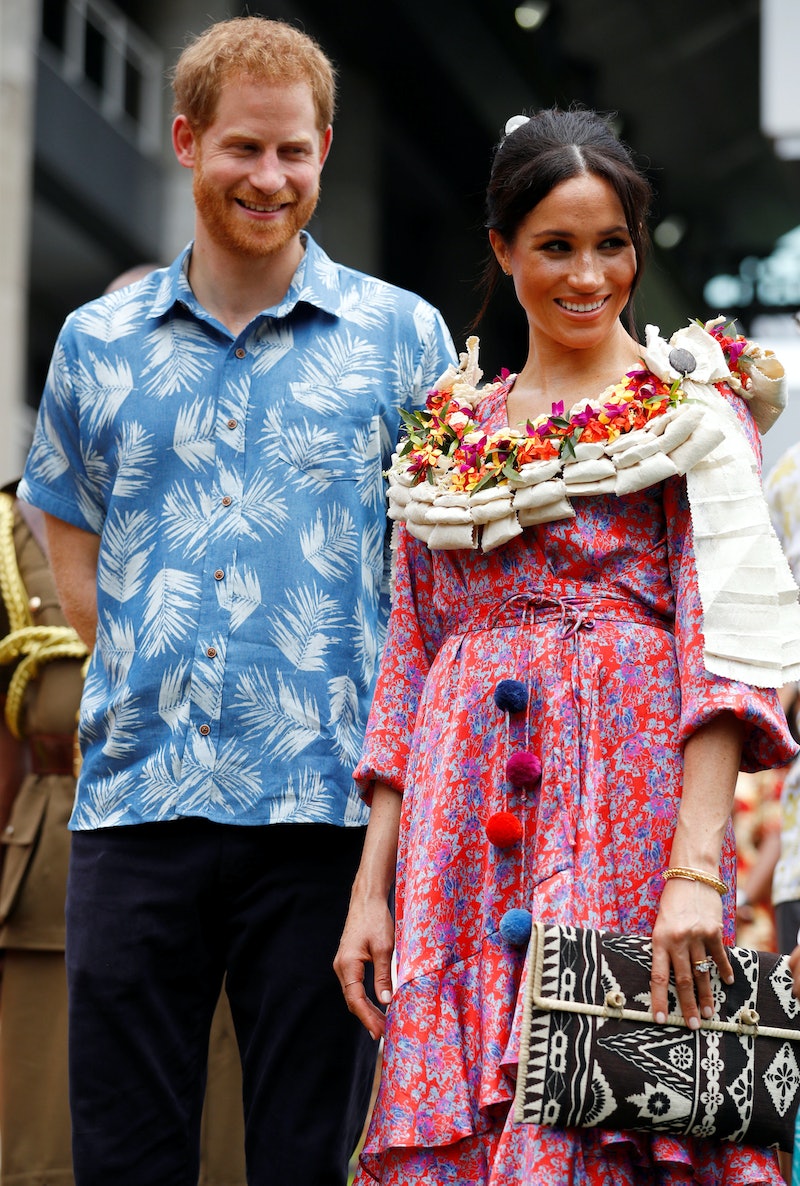 Well, we've reached the end of April and that royal baby still isn't here. Now that there is a good chance the royal baby will be born in May, lets take a look at what that would mean. Are there any significant dates the baby could share a birthday with? What will their zodiac sign be? How does Adele fit into all of this???

Meghan Markle commented on her due date in the past herself, so fans at least know around when the baby will arrive. According to People, in January, Markle told well-wishers during a visit to Birkenhead that she was due in late April. Additionally, Cosmopolitan shared a tweet from Hello! royal editor Emily Nash, in which she wrote of the Birkenhead visit, "she is six months pregnant - due end of April/beginning of May."

It makes sense that Markle wouldn't be super exact about her due date. She has to protect her privacy in general, but also, she and Prince Harry are being even more private about welcoming their baby than some fans expected. Instead of taking pictures outside the hospital with the baby soon after giving birth like Kate Middleton and other royals have, Markle and Harry "have taken a personal decision to keep the plans around the arrival of their baby private," according to a statement from Buckingham Palace. People reported that it's expected they will take some photos with the baby in private when they're ready and that the palace will still announce when she is in labor.

So, if that is the plan and they haven't just had the baby in secret without telling anyone (which would be totally fine, by the way!), here's a look at what it could mean if the baby's born on certain dates in May.

The Baby Shares A Birthday With Princess Charlotte

If the baby is born on May 2, it would share a birthday with first cousin Princess Charlotte, who was born on May 2, 2015. This would be great news for anyone who was previously hoping the new baby would share a birthday with their cousin Prince Louis, who was born on April 23, 2018. Just think of the paired up official birthday pics that could happen. (Well, if everyone is getting along.)

Charles and Camilla are going to Germany from May 7-10. Hello! noted that they would be unlikely to leave the country at a time when their grandchild could be born, which suggested that the baby would arrive before May 7. But who knows, maybe the baby will be late and they'll miss it, or maybe they've all been trying to throw us off and the baby will be born after May 10.

The Baby Shares A Birthday With Zara Tindall

This one would require the baby being born later in May, too, but if the baby is born on May 15, they'll share a birthday with older cousin (and Prince Harry's first cousin) Zara Tindall.

The Baby Is Born On Meghan & Harry's Wedding Anniversary

Again, this would be unexpected considering it was previously thought the baby could be here in April, but if the baby is born on May 19, they will be born on their parents' wedding anniversary. That'd be pretty cute.

It's possible that the first post-baby official event that Markle attends will be Trooping the Colour on June 8. Last year, the Duchess of Cambridge welcomed Prince Louis on April 23, and then made an appearance at Trooping the Color on June 9, even though she was still on maternity leave. If Markle's baby doesn't come soon, though, following this timeline might not make sense for her, and she might feel more comfortable skipping the event altogether.

The Baby Is A Taurus

It seems pretty certain that this baby is going to be a Taurus — like both Charlotte and Louis — since the dates for the zodiac sign run from April 20 to May 20. According to Astrology-Zodiac-Signs.com, a Taurus is "reliable, patient, practical, devoted, responsible, stable", but also "stubborn, possessive, uncompromising." Sounds like a complicated baby!

The Baby Shares A Birthday With Adele

Most important of all, if the baby is born on May 5, two beloved British royals will share a birthday: Adele and Markle and Harry's baby who we don't even know yet. Fingers crossed for this one.