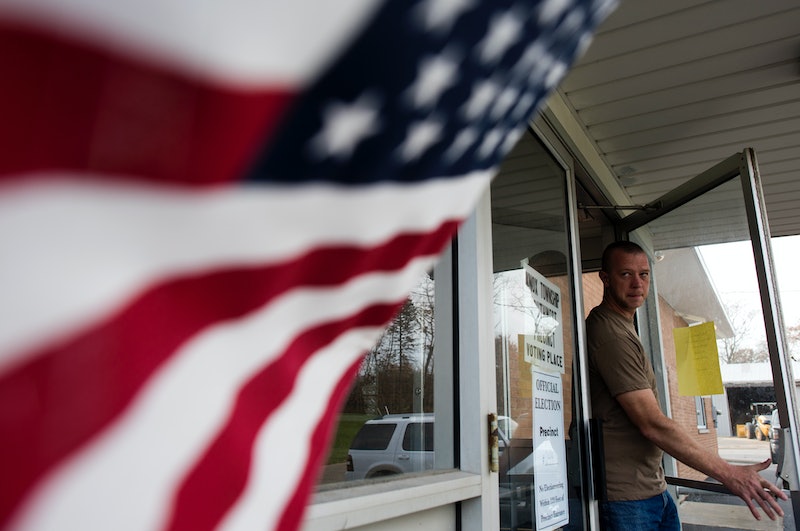 A new poll from The Washington Post/ABC News should serve as an early warning for the Democratic party intent on taking back the House and Senate. Namely, while Democratic candidates are preferred in the 2018 midterm elections by a slight majority ― by 52 percent of registered voters, to be specific ― it also found that more Republicans are intent on voting when the elections roll around than Democrats are, by a margin of 65 percent to 57 percent.

Those latter numbers include Republican-leaning and Democratic-leaning independents, but nonetheless, it paints a peculiar picture of the likely electorate, albeit more than one year out from the next major slate of House and Senate races.

The numbers clearly undercut the theory that anti-Trump sentiment will fuel a Democratic turnout.

As The Hill notes, the numbers suggest that despite an invigorated progressive movement that's increasingly turned to activism throughout the early months of the Trump administration, and the fact that Democratic candidates are favored over Republican ones by about 14 points on average, actual voter enthusiasm for Democrats has not shown major improvement. Or, to put it another way, it's not clear that "The Resistance" is going to make an outsized impact when it finally comes time to head to the polls.

Needless to say, the top, headline number in the poll is still encouraging for Democrats, especially considering they have ample time to hammer out the policies and defining principles they intend to run on. The decisions they make in that regard could end up being crucial, however, because the numbers clearly undercut the theory that anti-Trump sentiment will fuel a Democratic turnout.

Despite Trump's low approval ratings, he maintains a fervently devoted base, and the Republican Party's unity and commitment to turning out the vote was a huge part of what led him to victory in the first place. The Washington Post/ABC News poll also found that less than four in ten voters believe the Democratic Party stands for something beyond being anti-Trump, which is a very worrying sign for the long-term health of the party.

Contrasting the poll's numbers on the levels of registered voter support for Democrats and Republicans, the split is quite close to Trump's own approval and disapproval ratings over the past several months. At present, based on FiveThirtyEight's poll aggregation, Trump is viewed favorably by about 39 percent of the American public, and unfavorably by about 56 percent. That's about a 17-point gap, three points wider than the margin by which Democratic candidates are currently favored in 2018 over Republicans.

As for how long the Democrats have to try to turn those concerning enthusiasm numbers around, Election Day for the upcoming midterms is still more than a year away, scheduled for Nov. 6, 2018.