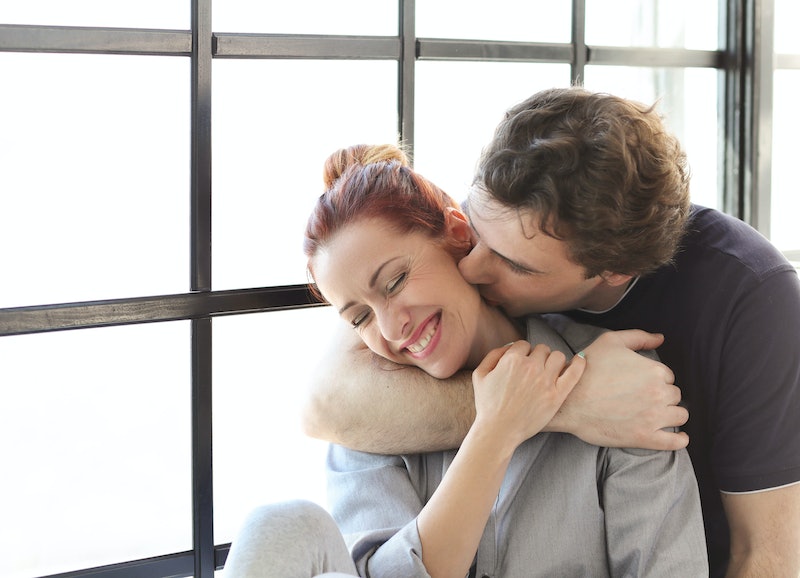 Marriage isn't for everyone. Some will try and realize that it's not as fulfilling as they thought it would be, while others just know that staying single is the right choice for them. Many different factors go into whether a lasting marriage is meant for you. If you go by astrology, some zodiac signs may be more likely to have happy, lasting marriages than others.

"In general, marriage and commitment are related to the elements of each sign," Narayana Montúfar, senior astrologer at Astrology.com, tells Bustle. For instance, Water signs (Cancer, Scorpio, and Pisces) and Earth signs (Taurus, Virgo, and Capricorn), tend to do better when they're in a committed and long-term partnership due to their need for emotional connection and stability.

On the opposite end of the spectrum, Air signs (Gemini, Libra, and Aquarius) and Fire signs (Aries, Leo, and Sagittarius), are more likely to have short-term and casual relationships. According to Montúfar, this is due to their endless curiosity and need for freedom.

Other things like your zodiac sign's ruling planet or its modality can also play a role in determing whether you're interested in marriage and likely to make one last. So here are the zodiac signs most likely to have lasting marriages, according to astrologers.