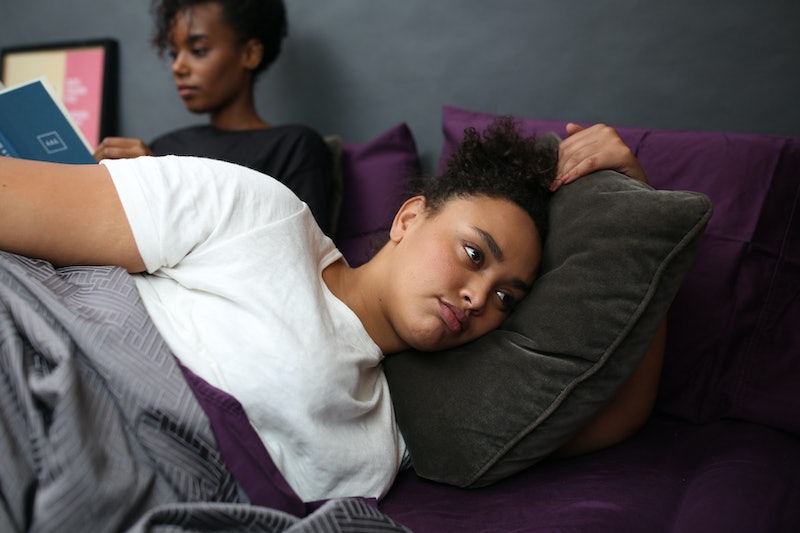 Finding a partner who's just as ready and mature enough for a long-lasting relationship as you are is easier said than done. If it were, none of us would have to deal with ghosting and breadcrumbing. But according to experts, it's one thing for a person to be immature, and it's another for them to be emotionally immature. If you're ready for something serious, you need to be aware of the signs that the person you're dating may be emotionally immature.

Early on in a relationship, you can begin to sense the emotional maturation of a person by looking at how they manage their emotions, he says. For instance, if they had a bad day at work, do they actively seek outside validation in order to feel better again? Or if someone cut them off on the freeway, did they completely lose their cool?

"Discerning emotional maturing is tricky, but important," he says. "Be present, be patience, and be trusting of yourself as images start to emerge giving you a better portrait of your potential partner."

If your partner can't tell you these things early on, experts say they might be emotionally immature.