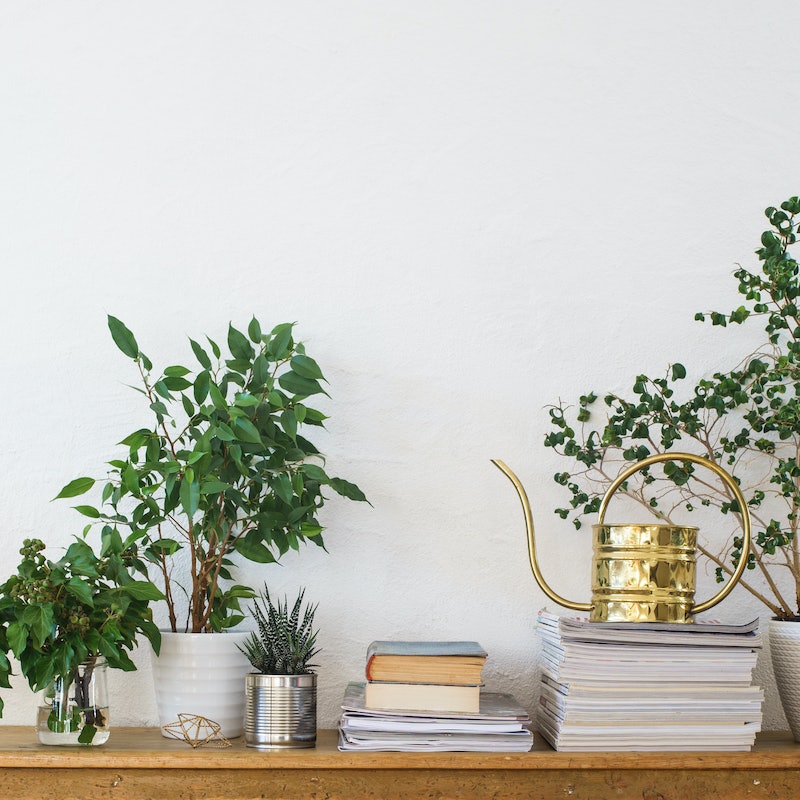 It’s no secret that bullying is a terrible thing to experience, and on a global scale, we have a pretty rampant bullying problem. In an effort to highlight the negative fallout from bullying, IKEA asked kids to bully plants for an experiment: involved two nearly-identical houseplants that were placed in a school and given the same amount of water, fertilizer, and sunlight for 30 days. The students were encouraged to record their voices, some saying kind and loving words, and others, hurtful and critical ones. While both plants were given the same care and attention in terms of water and sun, one was given daily compliments and words of encouragement, while the other was inundated with mean words and phrases for 30 days on loop.

The plant given words of love and encouragement remained healthy and thriving, while the bullied plant appeared to wilt from mean words alone. And while this may leave you pondering the implications of the consciousness and emotional lives of plants, it’s no secret to anyone with a garden or a simple houseplant that they seem to respond favorably to sweet talk, and even certain types of music, according to Sciencing.

While the Swedish assemble-it-yourself furniture chain is known more for its affordable bookshelves and platters of meatballs than science experiments, the outcome of its anti-bullying lesson is pretty profound. The effects of bullying on kids are no joke: kids who are bullied have an increased risk of depression and suicide, anxiety, health problems, increased social isolation, and poor academic performance, according to StopBullying.gov. DoSomething.org reports that over 3.2 million kids are victims of bullying each year in the U.S. alone, and about 160,000 teens skip school every day because of bullying, with one in ten students dropping out to avoid it. 17 percent of U.S. students report being bullied up to three times per month within any given school semester, and 90 percent of fourth through eighth graders report being victims of bullying. And while physical aggression tends to peak in elementary school and decline in the teen years, verbal abuse remains constant across age groups, according to DoSomething.org.

Now, in all fairness, it’s hard to say how scientific this experiment actually was. HelloGiggles notes that “this all could be mere coincidence, or the plants could have easily been tampered with for dramatic effect.” But IKEA isn’t the first to test how plants respond to human social cues: one month-long study by the Royal Horticultural Society found that plants grew faster when exposed to women's voices, the Telegraph reported. However, the reasoning behind this effect is still unknown. "We just don't why" it works, said Colin Crosbie, Garden Superintendent at the Royal Horticultural Society. It could be that they have a greater range of pitch and tone that affects the sound waves that hit the plant. Sound waves are an environmental effect just like rain or light."

The Discovery Channel's MythBusters also devoted an episode to the phenomenon. They took 60 pea plants divided into 3 groups, and “recorded two soundtracks — one of loving praise and one of cruel insults, and played them on repeat in two separate greenhouses. A third greenhouse remained mum as an experimental control.” After tracking the pea plants’ growth over 60 days, the Mythbusters crew compared their results. In this instance, the team found that the plants grown in silence did poorly, while plants hearing human voices grew well, though they found no difference among groups that heard mean as opposed to loving words.

Regardless of how IKEA’s experiment holds up under scientific scrutiny, the importance of showing kindness, consideration, and compassion towards others is a no-brainer; and we all know that bullying is harmful. And the bully-a-plant exercise does seem to serve as a great reminder for kids that words can hurt — whether plant, animal, or human, love, kindness, and encouragement go a long way.