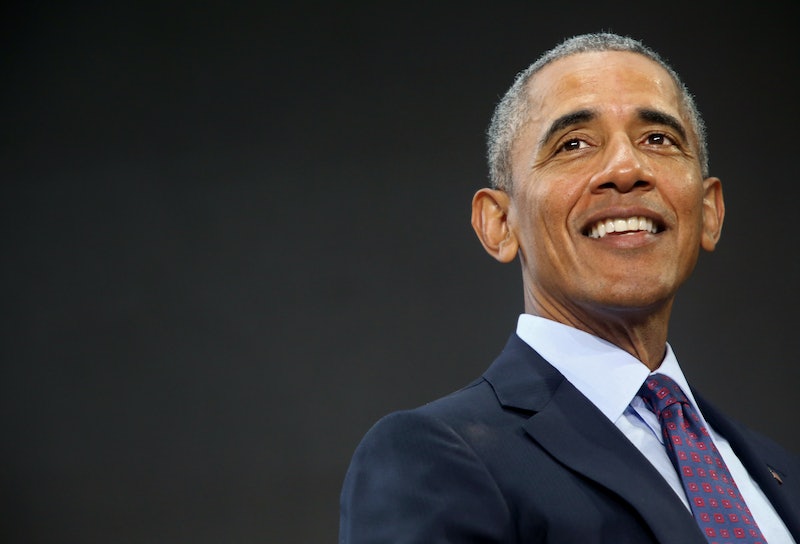 Last year, the Illinois state legislature passed a law to make Aug. 4 a commemorative holiday in honor of Obama, who started his career in political service in the state after he graduated from Columbia University, USA Today reported. Obama worked as a community organizer in Chicago, and later became a state senator, then a U.S. Senator for Illinois before running for president in 2008.

Senate Bill 55 says the day is “set apart to honor the 44th President of the United States of America who began his career serving the People of Illinois in both the Illinois State Senate and the United States Senate, and dedicated his life to protecting the rights of Americans and building bridges across communities," according to a 2017 article from The Hill.

Democrats in the state originally intended the day to be a legal holiday that closed government businesses and provided paid time off for employees, but Republicans shot down the measure due to costs, according to USA Today.

Still, legal holiday or no, people both from Illinois and around the country celebrated the president on Twitter. Chicago Mayor Rahm Emanuel wrote, "57 never looked so good. Happy Birthday, @BarackObama!," along with a photo of himself and the former president.

And Illinois Sen. Dick Durbin wrote on Twitter, "Wishing a happy birthday to my friend @BarackObama."

The hashtag for the holiday, #ObamaDay, also went viral on Twitter Saturday morning, with users sharing their favorite Obama photos, quotes, and GIFs.

Many shared the below photo of the former president ascending the stairs of Air Force One with a rainbow overhead. As he waved goodbye to the Jamaican Prime Minister and others, White House photographer Pete Souza photographed the president from under the plane's wing. His alignment of the photograph makes it appear as though the rainbow was coming out of the president's hand.

Others shared the image of Obama walking across the Edmund Pettus Bridge in March 2015 to commemorate the 50th anniversary of the marches from Selma, Alabama, to Montgomery in a 1965 protest for voting rights, according to the Obama White House archives. The Edmund Pettus Bridge was the site of Bloody Sunday, a March 7, 1965 protest when protestors were attacked by police, according to Vox. The photo shows Obama walking hand in hand with a key organizer and participant of the 1965 march, Amelia Boynton Robinson, and Rep. John Lewis, who also participated and said he thought he was going to die, Vox reported.

Many Twitter users also shared some of the popular photos of Obama with small children:

Photos of Obama with small children in costumes seemed to be a fan favorite:

Though many remembered Obama's public service on Obama Day, others shared GIFs from his infamous BuzzFeed video:

According to Twitter, Illinois isn't the only place celebrating #ObamaDay on Aug. 4. Fans and supporters from around the country remembered the president for his sense of humor and dedication to public service.