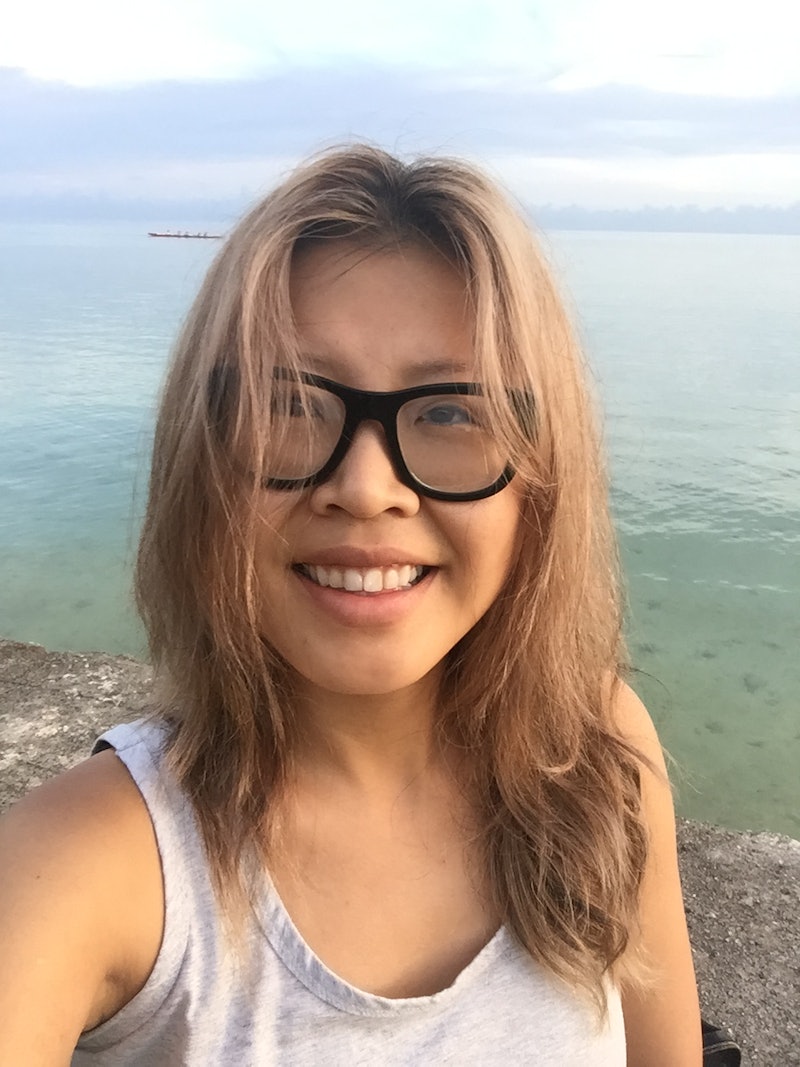 Guam is “where America’s day begins” — so the saying goes. The island is where I grew up and visited recently for my late grandfather’s burial. This week, my little slice of paradise made headlines on the world stage when President Trump’s threats against North Korea made Guam the hermit kingdom’s chief target.

Guam, with its native Chamorro people, is pretty Americanized. It’s a U.S. territory like Puerto Rico and the Virgin Islands. We speak English and learn the stars and stripes. A melting, multicultural pot in the Pacific, I grew up there with what seemed like a quintessential American childhood: I watched Nickelodeon and MTV, ate Pizza Hut, and shopped at K-Mart and Macy’s. I went to the Andersen Air Force Base for volleyball games and often heard bombers fly overhead.

For the most part, my hometown doesn’t figure in Americans’ minds. It’s far enough from the mainland to not be considered much, or close to heart — except when our president escalates his war on words with North Korea. This week, he threatened to unleash “fire and fury like the world has never seen” on the hermit kingdom. Then, he warned on Twitter that the military is “fully in place, locked and loaded, should North Korea act unwisely.” Kim Jong-Un, its leader, has responded with more threats — specifically aimed at Guam.

Trump may be playing a game with North Korea, but it’s one that people in Guam could pay for. Would he respond North Korea the same way if it threatened, say, Mar-a-lago or New York City? It feels like Guam has become a political chess piece in diplomacy, or lack thereof. It’s understandable — Guam is indeed of strategic value (remember World War II?). My hope is that the president truly cares for the people of Guam, including tens of thousands of soldiers and many more who built lives here, and not just its symbolic place on the international level.

Guam is watching. The world is watching. There is more at play here than we probably know, but we stand prepared as best as we can from near and afar. Over the past few days, I’ve heard other politicians chime in, many urging for peace, some standing with the president's brash rhetoric. In the meantime, many of my immediate friends and family back home appear to be going about business as usual, despite tips for the public on how to respond to an incident. Others are outwardly frustrated that they’re caught in the middle and powerless against the bluster.

My late grandfather, who lies in Our Lady of Peace Memorial Gardens in the south side of the island, had been in the city of Kaesong in North Korea before the demilitarized zone (DMZ) was drawn to split the country in two. I can only hope for a cool-down and wonder if I will see the North and South reunite in my lifetime. I don’t know if that’s on our president’s long-term agenda, whether or not the other “dear leader” may act as he if will fire within the next few days.

As the Guam Visitors Bureau told the media, “Guam is more than a military base.” Thrust into the spotlight, the clear oceanfront and white beaches are muddied with the peril looming not too far from the overcast skies.

I lost my grandfather in Guam. As the island's fate rests in the hands of those in power, I know I can't stand to lose anything else — least of all Guam, my slice of paradise.

Ko Im grew up on Guam as a 1.5-generation immigrant from South Korea. The former news correspondent now lives in New York City.