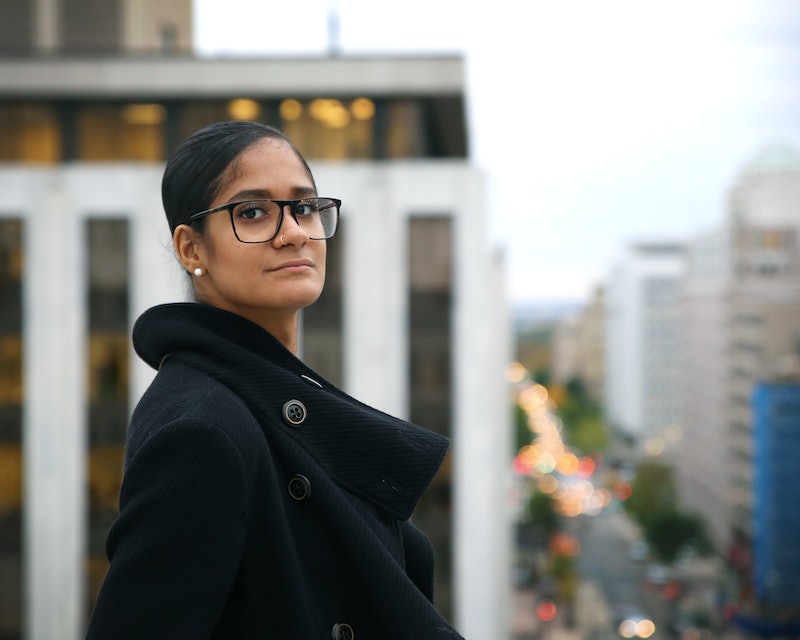 I still shudder to think of Election Night 2016. There I was, sitting in my Orlando hotel room burning palo santo and sobbing hysterically on the phone with one of my best friends. I had been in Florida for a few weeks leading up to the election, helping to turn out Latino and millennial voters.

We marched in the streets, we handed out cafecitos during morning rush hour in Miami — we were so hopeful that every little act of kindness would bring us closer to beating Trump. But as the polls closed, none of that mattered and nothing seemed to make sense. I was all alone in a swing state that felt suddenly dangerous.

I felt raw. I felt lonely. And I felt powerless.

I dragged myself to the airport the next day, eyes still blurry, praying for an easy flight so I could be back home in Washington D.C., among friends and loved ones, safe in our bubble.

I grew up in a diverse neighborhood in the Bronx, to a working-class Dominican-American family, where everyone had this hope that things would turn out okay. Most of us back home are Democrats who always vote along party lines, so making sense of last November hasn't been easy.

"For the first time in awhile, I felt like maybe we could still save this Republic after all."

But last night's election felt different in almost every way possible. For the first time in awhile, I felt like maybe we could still save this republic after all.

For weeks, I've had to face racist ads from Ed Gillespie, who lost to Democrat Ralph Northam in the Virginia gubernatorial race. His campaign used cartoonish images of gang members with tattooed faces as stand-ins for Latinx people in mailers, television ads and on social media. I just wanted this race and these attacks to be over, and I so desperately wanted to feel normal. And safe.

This whole year I've felt on edge in my own country, a stranger among folks who openly hated me and were emboldened by a racist demagogue. I'd get anxious on road trips and count the number of Trump lawn signs along the side of the road, confused about how people from the same country, not many miles apart, could see and value the world so differently.

While many of my coworkers were watching the Virginia's governor's race, I was inspired by all the women working behind the scenes to help elect the first trans woman of color to a major city council, the first Black woman mayor of Charlotte, the first Latinas to the Virginia state delegation, the first lesbian mayor of Seattle.

"One woman, no matter how accomplished, could bring change to all these states, city councils, school boards, or towns."

Kathy Tran, Elizabeth Gúzman, and Hala Ayala all became the first Asian-American woman and Latinas elected to the Virginia House of Delegates, respectively, and Danica Roem became the first openly transgender candidate to be elected and serve in a state legislature.

It was like all these women were doing the work we hoped Hillary Clinton would. Last night I realized how unambitious I was in my hopes for a more representative government; one woman, no matter how accomplished, could bring change to all these states, city councils, school boards, or towns. An entire year has passed since Clinton lost, and we've gone on to fight more battles. We don't just want the highest office in the land, we're coming for every single seat we can to drive this country forward.

"What do I tell my little sisters, my cousins, and my grandmothers? How do I explain Trump to the women who cannot fight the way I can?"

These women showed me that you don't have to appeal to white working class voters over hard-working women of color — it's always been a false choice. You can win as a trans woman. You can win as an Afro-Latina. You can win as a formerly undocumented person — not in spite of your identity, but because you're so much more than what racists, homophobes, or xenophobes try to reduce you to being. Your experiences make you a better representative of the diverse, contradictory, passionate, and beautifully fractured mess that makes America.

These wins answered the awful question I've been struggling with since Trump took office: What do I tell my little sisters, my cousins, and my grandmothers? How do I explain Trump to the women who cannot fight the way I can?

Maybe we don't have to understand him; we just have to beat him. Last night's election was a crucial reminder of how long women have been fighting — and winning. There would be no Hillary Clinton without Shirley Chisholm or Geraldine Ferraro. And one day, when we are finally ready to elect a female president, she'll have the playbook all these badass women wrote.