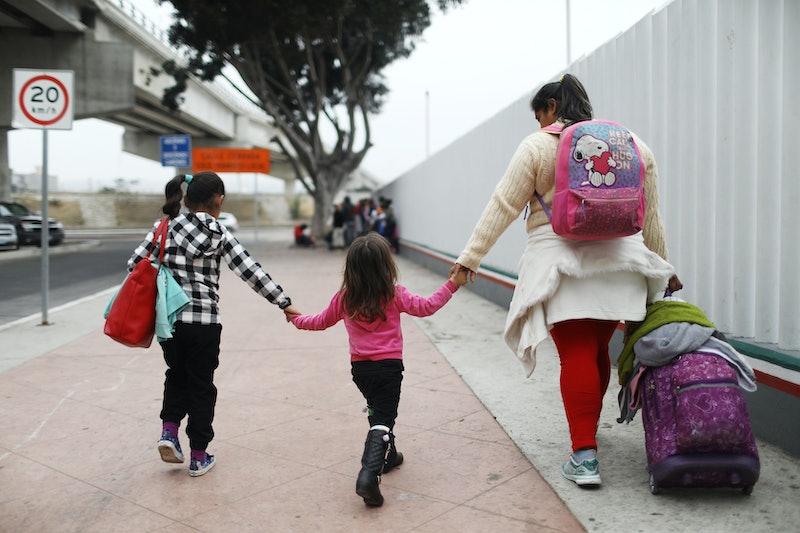 As part of its so-called "zero tolerance" immigration policy, the Trump administration chose to prosecute immigrant parents with children over immigrants without children, according to an analysis of federal data released Thursday. The study found that, contrary to the administration's claims, the majority of undocumented immigrants who crossed the border without children were not prosecuted — even though many immigrant parents were.

Numbers on how many immigrant parents were prosecuted in those months haven't yet been made available, one of study's authors told BuzzFeed News. Nevertheless, the data that is available suggests that the administration chose to prosecute some immigrants with children instead of their childless counterparts.

"Since less than one out of three adults were actually prosecuted, CBP personnel had to choose which individuals among those apprehended to refer to federal prosecutors," TRAC concluded. "The Administration has not explained its rationale for prosecuting parents with children when that left so many other adults without children who were not being referred for prosecution."

In a statement to BuzzFeed News, a CPB spokesperson said that "the number of referrals and types of referrals made are based on a variety of issues, none of which includes the choice to refer solely based on the fact an adult has a child." He also claimed that 85 percent of those prosecuted between May 5 and June 20 were single adults, though official numbers on this haven't yet been released.

After massive backlash from Democrats and Republicans alike, President Trump signed an executive order ending his administration's policy in June. At that point, however, over 2,000 children had already been separated from their parents and detained separately, often in cages. A federal judge ordered the administration to reunite all of those families and gave it several deadlines to do so. The administration has missed all of those deadlines, however, and hundreds of undocumented children remain separated from their parents.

Commander Jonathan D. White of the U.S. Public Health Service Commissioned Corps — a branch of the Health and Human Services Department — told the Senate on Tuesday that he warned the administration of the psychological damage that children can suffer when separated from their families when, in 2017, administration officials were considering the policy.

"Separation of parents from their children entrails significant risk of harm to children," White told the Senate judiciary committee. "There's no question that separation of child from parents entails significant potential for traumatic psychological injury to the child."