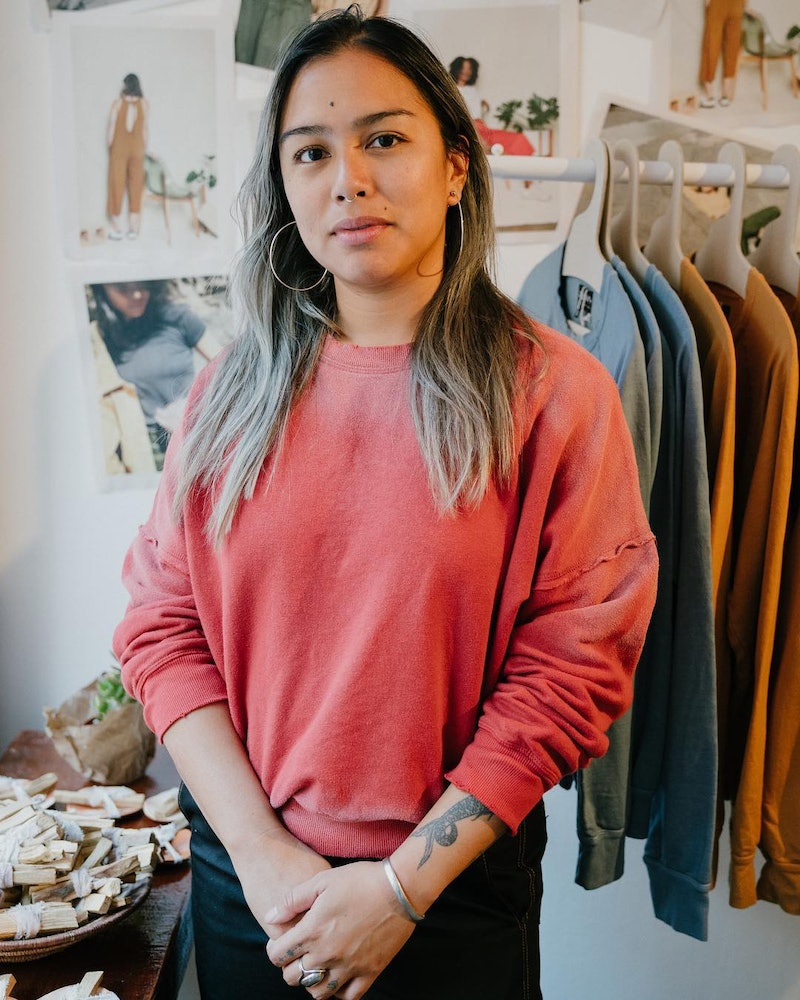 I don't ever remember a time when I wasn't into fashion. Growing up as a kid in the Philippines, I was super influenced by American fashion, thanks to my obsession with MTV. My style icon? Gwen Stefani in her No Doubt years with her retro-inspired beauty and her white tank tops and baggy pants. I wanted to be her. I wanted so badly to emulate her skate/punk aesthetic that when I was 15, I asked my mom if I could take sewing classes. The first full sewing project I did was a pair of red pants that were wide-legged, like JNCO jeans. I wore them with a T-shirt and skate shoes. I remember feeling really cool and thinking, I want to make clothes when I grow up.

I started going to fashion school in the Philippines, which focused primarily on becoming a part of the bespoke industry. This meant that if you were a designer, you mostly created pieces for one customer in mind. I gave it a go, but realized I didn't really enjoy it, so I started creating my own line. I decided I really liked it, but at that point it was very difficult to maintain as the market still preferred buying foreign brands for ready-to-wear. I wanted to go back to school and learn the business side of fashion, which is when I decided to make my big move to the states to pursue a fashion career in the place that originally influenced my style growing up.

I decided to move to LA to focus on my business, but had zero contacts and no inkling of how to start a company. Every move and decision I made was through research, friends' advice, and a lot of Google searches. I ultimately learned a lot about myself and what I was capable of, most important of those lessons being that I was scrappy and willing to work super hard, unafraid of getting my hands dirty, no matter how different I felt from my peers or how much the odds were against me as an immigrant.

Fast forward to now and I’m almost close to a decade of living in the United States. I wouldn't say I've fully achieved the American dream, but I'm slowly getting there. I'm proud of launching Back Beat Rags, an organic cotton, sustainable fashion brand. Who would've thought that a Filipina girl like me could move to a different country with no connections and live out her dream? There aren't many Filipinos doing what I do, because many of us were trained to pursue careers of being a doctor or a lawyer. And while those are definitely great professions, if our heart desires art or fashion, then we should follow our passions. It can feel scary and daunting, especially for a foreigner, but it can be done. Just look at me.

As told to Sara Tan