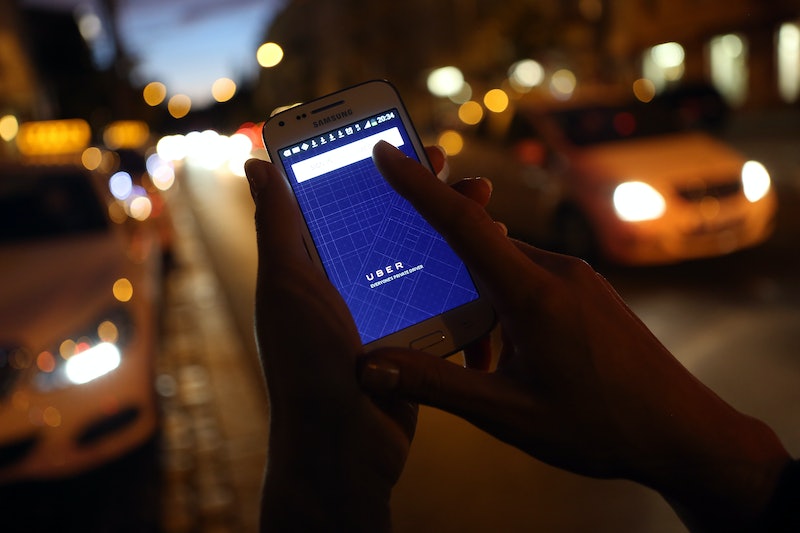 The case of an Indian woman who was raped by an Uber driver in 2014 continues, as the rape victim is suing Uber for breaching her privacy. According to the woman, Uber executives "violated her a second time" by accessing her medical records and using them to question the intent of her claims.

A spokesperson for Uber told Bustle, "No one should have to go through a horrific experience like this, and we're truly sorry that she's had to relive it over the last few weeks."

"Jane Doe" filed a lawsuit against Uber CEO Travis Kalanick, former executive Eric Alexander, and Emil Michael on grounds of privacy breaches and character defamation. Kalanick is currently on a leave of absence from the company, Alexander was reportedly fired, and Michael left the company this month under unclear circumstances.

The Uber driver accused of assaulting the woman was convicted of rape and punished with life imprisonment. But the 2014 case led to widespread criticism against Uber, and also resulted in a temporary ban on Uber service in Delhi. In 2015, the woman sued Uber for failing to comply with primary safety procedures in recruiting drivers. Later on, she voluntarily discontinued the lawsuit.

After the case was brought to public attention, Kalanick voiced support and solidarity with the victim on behalf of the company. "We will do everything, I repeat, everything to help bring this perpetrator to justice and to support the victim and her family in her recovery," Kalanick said.

Recently, Recode reported multiple sources stating that Alexander, president of business for Uber Asia Pacific, had allegedly obtained the Indian woman's medical records and shown them to Kalanick and Michael. After queries from media outlets, an Uber spokesperson confirmed to the Guardian that Alexander was removed from Uber on June 6.

Jane Doe's attorney, Douglas Wigdor, criticized the alleged inconsistency between Uber's public condemnation and internal review: "It is shocking that Travis Kalanick could publicly say that Uber would do everything to support our client and her family in her recovery when he and other executives were reviewing illegally obtained medical records and engaging in offensive and spurious conspiracy theories about the brutal rape she so tragically suffered."

This is not the first time that Uber has found itself ensnared in the crosshairs of public scrutiny and criticism. Earlier this week, the company addressed accusations of sexual assault and discrimination in a scathing report. After the report was made public, Kalanick took an indefinite leave of absence. Kalanick cited his mother's passing away as a reason for needing to take a breather to reflect and improve the company.

"If we are going to work on Uber 2.0," Kalanick wrote in an email to his company, "I also need to work on Travis 2.0 to become the leader that this company needs and that you deserve."