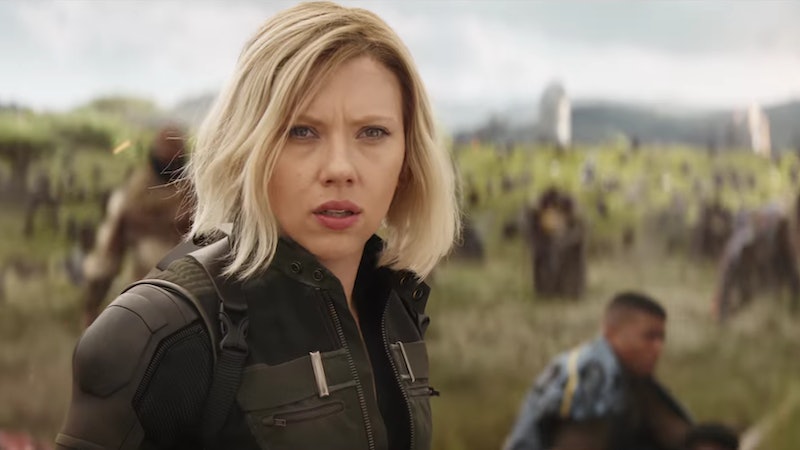 For the past decade, every superhero and villain, every new galaxy or country, every new power or sacred object in the Marvel Cinematic Universe has been leading up to this. Avengers: Infinity War is being hyped up as the be all and end all of MCU films, bringing together all the superheroes from movies past and then some to fight the franchise's most brutal villain yet, Thanos. The movie has been marketed as the end of an era, but fans need not fret, for Infinity War is not the last Avengers movie. However, it might be the last movie with all the original Avengers in tact.

Avengers: Infinity War is the first of two Avengers films. What was meant to be the third film in the original Avengers trilogy was split into two, resulting in Infinity War and the tentatively titled Avengers 4. So, no, Infinity War is not the last Avengers movie. That said, it could be the last movie featuring the Avengers team we all know and love.

When the Avengers first assembled in the 2012 film, it was a small group of seven superheroes, Captain America, Iron Man, The Hulk, Thor, Black Widow, and Hawkeye. By the time the credits rolled on Avengers: Age of Ultron, the group had grown, adding Scarlet Witch, Vision, War Machine, and Falcon. And, though not an Avengers film, Captain America: Civil War brought on even more superheroes — Black Panther, Ant-Man, and Spider-Man.

Thus far, the Avengers team has only gotten bigger, but that stops now. Fans fully expect at least one of their favorite heroes to die in Infinity War. Directors Anthony and Joe Russo have hinted that death will soon come to the MCU. "If you look at the Marvel Universe as a whole as a story that's been told for 10 years, you can look at this as the climax," Anthony said during a set visit attended by /Film. "And the stakes will be higher in this movie than they've ever been, times ten." The fact is that Marvel has yet to kill off a major superhero, at least not one that has lasted more than one movie (RIP Quicksilver), so if the stakes are being raised in Infinity War, there's really only one way to go, and that's a character death.

MCU Fans have been debating who will die in Infinity War for months — Captain America and Iron Man, the two leaders of the O.G. Avengers team, are the current frontrunners, though Hawkeye is also a popular bet. And, while it would be a shame for some of the original Avengers not to make it all the way to Avengers 4, it would also make a lot of sense. Thanos loves death, and if the MCU wants to establish him as the worst villain ever brought to the big screen, then he's going to have to do something to earn that title. Killing off a superhero would more than set his reputation straight.

It's entirely possible that the Russo brothers will save all the killing of Avengers for Avengers 4, a movie that Marvel Studios President Kevin Feige told Vanity Fair would be "a finale." But, here's the thing. Even if a handful of the Avengers die in Infinity War and Avengers 4, it still probably won't be the last Avengers movie. It just might be the last Avengers movie featuring the Avengers we already know. As the MCU moves forward with their next batch of movies (a.k.a. Phase 4), they'll continue to populate the world with new superheroes, and new superheroes mean new crossovers, and new crossovers mean a new Avengers team.

It's all speculation at this point — Marvel does love their secrets — but as long as Marvel is still making box office hits, then it's likely they'll keep making Avengers movies. Just who will be in those Avengers movies, now that's the real question.