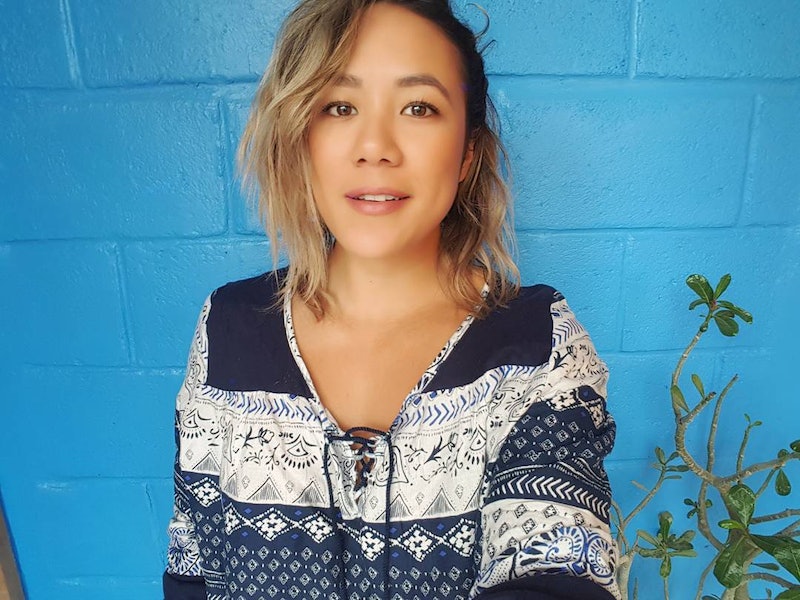 The first Girl Scouts meeting to ever take place occurred in Savannah, GA on March 12, 1912. Juliette Gordon Low was 51 years old at the time, and she brought together 18 girls in her hometown to enjoy the great outdoors as well as inspire one another in a safe space of sisterhood. I don't know much else about this historical moment; it mostly sticks out in my mind because it is the only thing I remember being taught at my middle school during Women's History Month.

I should probably add that I grew up in Georgia, only several miles away from Savannah in Richmond Hill, a town so small you couldn't change your shoes without a neighbor knowing it (and gossiping about it). So the Girl Scouts history was, and still is, especially important to the residents of my hometown, which is why each Women's History Month during my childhood focused heavily on their narrative.

As the years went by, though, I realized that there wasn't much else my school was interested in teaching us every Women's History Month. We exclusively read about white women who held a significant place in American history — Juliette Gordon Low, Elizabeth Cady Stanton, and Eleanor Roosevelt — as if they were the only ones worth studying.

The only times historically groundbreaking women such as Harriet Tubman or Rosa Parks were mentioned was during Black History Month. And even then, they were only referred to as "African American women," as if the simple descriptor of "women" wasn't appropriate for human beings with such dark skin.

This had a lasting effect on me as a young multiracial woman. Not only was I growing up in a predominantly white Southern town where nobody looked like me, but I was essentially being told that the only women who could accomplish anything were women who resembled Juliette Gordon Low. As a result, I spent hours staring at myself in the mirror, wishing for my hair to be less black, my eyes to be less funny-shaped. I wanted to be remembered for something after I died — but judging by my reflection, that wasn't going to happen.

The more I studied these historical figures, the more I kept seeing their faces in my peers around me. When Katie, a brown-haired girl who lent me ice cream money once, gave a presentation on Juliette Gordon Low as her final project, I couldn't help but think that they looked like they could be related somehow. I don't remember what my final presentation was on that year, but I know for sure it wasn't a woman we covered in our history class, because I didn't feel connected to a single one of them.

By the time I went to college, I became so accustomed to only seeing white women as leaders that I subconsciously didn't think I could ever be an instrument of change myself.

Since I was a kindergartener, my mother has always told me, "You can do anything you want to do, honey." A hard-working immigrant herself, she believed I was capable of great things, and that I had countless opportunities at my fingertips that would allow me to achieve whatever I dreamed of doing.

She was right, of course. I could've done anything I wanted to do. But when you're an insecure adolescent with frizzy, curly hair who gets called "chink" and is instructed to "go pick cotton" by a blonde boy in biology class, you have a hard time believing your (very well-intentioned but seemingly naive) mom. Never in a million years did I consider myself the kind of girl who could one day work in the White House or start some sort of sisterhood.

I appreciate the fact that most young girls go through memorable phases of self-doubt when they're in their tween years. We're raised in a society where boys are asked what they want to be when they grow up, while girls are asked which color they want their next dress to be. In many places of the U.S., girls are completely pushed aside and unheard in classrooms, and instead of being taught their worth in the world, they're chastised for not properly following the dress code, of all things. I know that there are countless other women out there who have had similar experiences of feeling inadequate during their childhood.

However, there's an even deeper disconnect that runs internally when you're a person of color and the only women pioneers you're taught about are white. It becomes impossible for a girl to believe she is worthy of acknowledgment when there isn't a single woman being acknowledged who can represent her.

During Women's History Month my freshman year of college, there was an on-campus exhibition displaying numerous women in history whose accomplishments had been overlooked throughout the years. I walked through the makeshift hallway of pictures, staring at women I had never heard of in high school — Angela Davis, Ella Baker, Frida Kahlo, Grace Lee Boggs. So many Black, Hispanic, Asian, Indian, and Native American women, among many others, were honored for their commitment to fighting for equal rights. I'd never seen anything like it.

I stared at the pictures in awe. I must have looked like an idiot, standing for what seemed like hours in front an exhibition hardly anybody else even noticed. But I was too busy seeing myself in these women. Many of us shared the same eyes, the same black hair, and the same dark features. A deep current of recognition coursed through my veins, sending a welcomed shock through my system. It felt like drinking lemonade on a hot summer's day.

These women did amazing things. These women were badass. And these women looked like me. I'm pretty sure I cried when I got back to my dorm room that day. Now knowing that so many women of color paved the way before me, my perspective changed completely on what it means to be an ambitious young woman. Mom was right, I thought to myself. Maybe I really can do anything.

Women's History Month is not obsolete. It's a time when successful women from all walks of life can be recognized and cherished for their work and their bravery. But what if all the schools across our country were dedicated to teaching an intersectional Women's History Month to their students? How would that change the landscape of upcoming leaders?

There are thousands of young women of color in today's school system who are likely suffering through the same challenges I did. They might wrestle with their racial identity and wonder about their place is in an overwhelmingly white world. Although it's inspiring to see women like Michelle Obama, Laverne Cox, and Malala Yousafzai boldly speak up for women of color everywhere, we still need more representation. Just because there are a few who fight for us to be seen doesn't take away from the fact that there are millions of us who are still neglected.

Outlining a Women's History Month for all schools that is more inclusive of women of color would teach students that all women can be leaders, regardless of race, sexual orientation, or socioeconomic background. As they learn this important lesson, their confidence will only grow and their dreams will only get bigger. In turn, we will have more women of color stepping up to evoke change in a society that desperately needs it.

Just as importantly, teaching an intersectional Women's History Month will allow young women of color to realize that they are represented. That they never have to feel self-conscious about their dark features. And that they aren't alone.