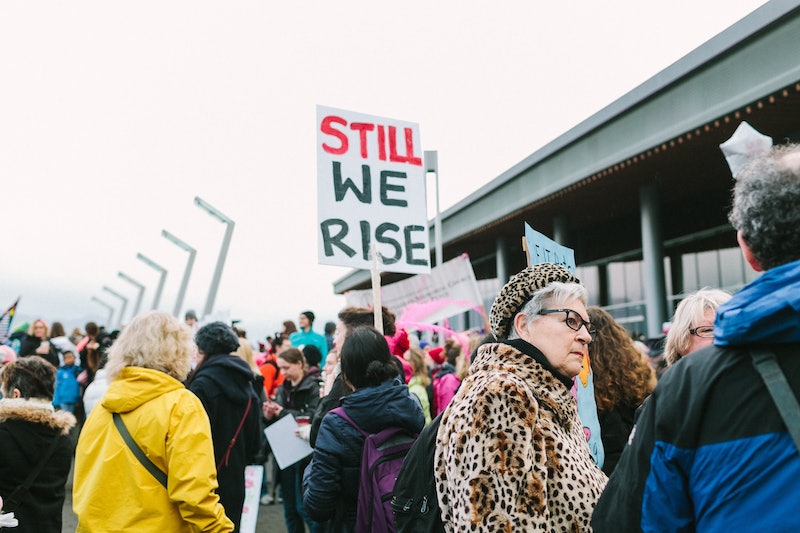 As recent as the 1970s, women's history wasn't something often acknowledged in schools or even the public in general. In fact, it was only during the '60s that women really started to question their invisibility and exclusion from traditional history texts. The Education Task Force of the Sonoma County Commission on the Status of Women in California wanted to remedy this erasure, so they started the Women's History Week celebration in 1978. They chose the week including March 8 — which had been declared International Women's Day by the UN in 1975 — as the focus. It was met with a very positive response, and dozens of schools started planning to take part in the special week. Women gave presentations, contests were held, and the week ended with a parade.

The enthusiasm snowballed, and state departments of education around the country joined in to bring equality to classrooms. In just a few years, thousands of communities across the United States were celebrating National Women's History Week.

By 1986, around 14 states shifted the celebration from one week to the whole month of March. The goal was to revise a history that had largely pretended women didn't really exist. States acted to lobby Congress to officially declare all of March National Women's History Month — and in 1987, it finally happened. From that year forward, it was decided that every March, in perpetuity, is National Women's History Month.

History was long viewed merely in a political context, but these changes helped shift that perspective. Among other things, National Women's History Month taught us to go beyond the political and examine our history from a sociological perspective. It dared to venture into the ordinary — things like women's education, housework, sexuality, and raising kids... everyday things that were often ignored, largely because they've traditionally been "women's work," but are still so important regardless. This was also the time we started to discover that the definition of history failed to acknowledge the beautiful range of races and socio-economic statuses that make up the women of this country.

Women today refuse to go unheard; and while having a month dedicated to our history may seem silly at this point, it is because of things like National Women's History Month that we're as vocal as we are today. Women weren't handed a spot in history books — we demanded one. Although we still have a long way to go, we owe a lot to the pioneers of the past who helped get us this far.