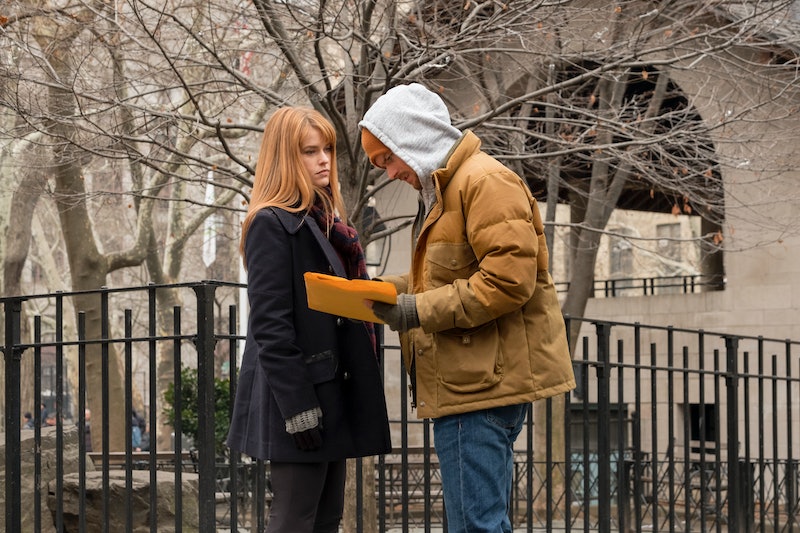 Spoilers for Iron Fist Season 2 ahead! Big news: Iron Fist and the Marvel Netflix shows finally caught up to the Avengers movies! Wait, did you think that meant Avengers: Infinity War? Sorry, there's no Thanos invasion or snap heard 'round the galaxy here, but there is an Avengers: Age Of Ultron Easter Egg in Iron Fist Season 2 that may have hardcore fans scratching their heads. What happened in Sokovia, and to Sokovia? Mary Walker's confusing past revisits this fictional country.

Sokovia is, of course, the country that the Avengers picked up off the ground and dropped again while kicking *ss against Ultron. It is also the country of origin for Wanda and Pietro Maximoff, Scarlet Witch and Quicksilver in the Marvel Cinematic Universe. They were kept in an underground Hydra base there and experimented on.

Real Marvel nitpicks, including yours truly, will remember that Sokovia was name-dropped in Captain America: Civil War as well thanks to a character named "Miriam" played by Alfre Woodard... who also plays Mariah Dillard in Luke Cage. Whether you choose to see it as a continuity error or a conspiracy theory is up to you. It's kind of fun to think that Mariah made up a story about a son building houses is Sokovia just to mess with Tony Stark. In Age of Ultron, Maria Hill describes Sokovia as politically troubled, but it seems to have slipped even further into disarray.

Anyway, how does this connect to Danny Rand? In Iron Fist Season 2 Episode 7, the sometimes antagonist Mary mentions in a voicemail to her alter "Walker" that she saved her when they were in a hole in Sokovia. This baffles Walker, because she always thought it was Mary who saved her in Sokovia. Neither alter remembers exactly what happened. The fact that this means Alice Eve's character has a third, brutal, alter aside — this is brand new information about Sokovia and its politics.

It seems like Walker was part of a special ops mission in the European country and become a prisoner of war. There was an ambush, in which half of her team died, and the others died while she was in captivity. "These Sokovians... they like knives," she tells a doctor. Later, she details her captivity to Joy, saying that she was raped and tortured. It's unclear whether or not this unrest in Sokovia happened before or after Earth's mightiest heroes intervened, but since Age of Ultron came out in 2015, it's safe to assume that this wasn't happening too long ago, even though the doctor describes it as "years" ago. In Episode 8, we see a flashback to her rescue in Sokovia — and while it seems like Mary at first, it's actually an equally confused Walker.

For several seasons and series, the Marvel Netflix shows have only really referenced the first Avengers movie and Loki's Chitauri invasion of New York City, calling it "the incident" where aliens came out of a hole in the sky. So it's wild to see them so blatantly reference another part of the MCU lore, even if it seems kind of out of left field. Seems like New York City isn't the only one still rebuilding after an Avengers show-down. Sokovia has fallen even more into ruin. Just wait until these Netflix shows get to the events of Infinity War. At this rate, it might take another three years, but it will certainly be something.