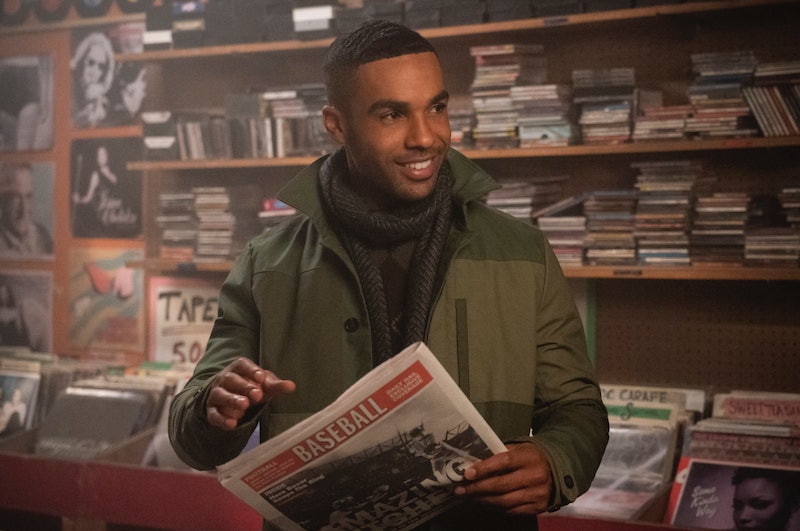 The show may be called Katy Keene, but Alexander Cabot is actually from the Josie and the Pussycats comics — so no, he's not based on some young, dreamy music exec. Still, the show has made a number of changes to the character. For one, Alexander was white in the comics and played by a white actor in the 2001 movie, but is played by black actor Lucien Laviscount in Katy Keene.

Laviscount described his character to Hollywood Life as "the guy that's expected to do nothing but has drive and ambition that is unmatched by anyone else. He wants to make his dreams come true." One way he's attempting to make those dreams come true is by relaunching the record division of his family's company where he's the CEO; Josie is the first artist he recruits.

In the comics, Alexander works with Josie in a different capacity. According to Comicbook.com, he's the band manager for Josie and the Pussycats and is a Reggie Mantle-esque snobby rich kid. Katy Keene attempts to soften that side of Alexander and make him a little more relatable. "He's cut from a different cloth than his billionaire family, as he'd rather take the subway and listen to vinyl, and he secretly DJs at a dive club," his character description reads, per Deadline.

Unlike Alexander, his sister Alexandra is pretty much the same on page and screen. In the comics, she's constantly trying to take Josie's band down — much like she does in Katy Keene. The only difference is that on the show, she and Alex are step-siblings who previously dated and definitely have some lingering feelings; in the comics, there was no borderline incest. Instead, Alexander had feelings for both Josie and her fellow Pussycats band member Melody Valentine. But Josie and Melody rejected Alexander because they found him too snobby and vain.

On Katy Keene, Josie did briefly fall in love with Alexander. She broke things off to remain professional, but Alexander's father has made it clear that if she wants to produce her EP with the Cabot label, she needs to go get back with Alexander to keep him on a good path (and presumably away from his step-sister). In the Josie and the Pussycats movie, it was hinted at that Alexander was also interested in men, but that doesn't seem to be the direction Katy Keene is taking.

That being said, we only just learned about the Alex and Alexandra dating twist, so there could be more secrets to be unveiled. Laviscount told Hollywood Life that "there's lots to come from the Cabots" and "a lot of backstory" coming about Alexander specifically. Given what goes on in Katy Keene's sister show, Riverdale, that could mean truly anything.