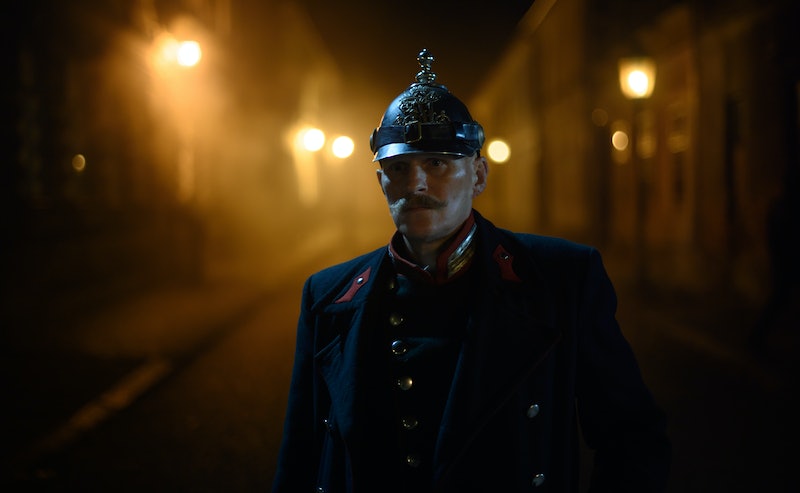 Though Netflix's Freud centers around a young Sigmund Freud, his name is about the only thing real on the show. The famed neurologist never actually solved murders, nor are any of the surrounding characters based on real people. That includes Alfred Kiss, the war veteran turned police detective (played by Georg Friedrich) who helps Freud hunt down a killer.

Alfred comes into the picture after discovering a murdered sex worker, whose death he begins investigating. The Viennese detective suspects his former military superior, Georg von Lichtenberg (Lukas Miko), a man whose immense cruelty has caused Alfred to suffer from post-traumatic stress disorder. However, Lichtenberg is well-connected, and the accusation doesn't stick. So Alfred turns to Freud, who helps him deal with this past trauma.

Out of all the characters on Freud, Alfred is perhaps the most grounded. That's not saying much: Freud is depicted as a cocaine addict who becomes romantically entangled with a medium named Fleur Salomé (Ella Rumpf), and among the many surrealist plot points are cannibalism, demons, and the occult. But in a weird way, it all makes sense. The show is set in 1886, at a time when "Vienna was an incredibly adventurous, dangerous playground," Freud showrunner Marvin Kren told the German site Noizz. Not only could Freud, whose work focused on the unconscious mind and suppressed thoughts, genuinely help someone like Alfred, but his psychological savvy would come in handy when solving murder cases, similar to the FBI profilers in Criminal Minds.

In the end, Freud helping Alfred solve crime is probably the most believable thing about this bonkers show.