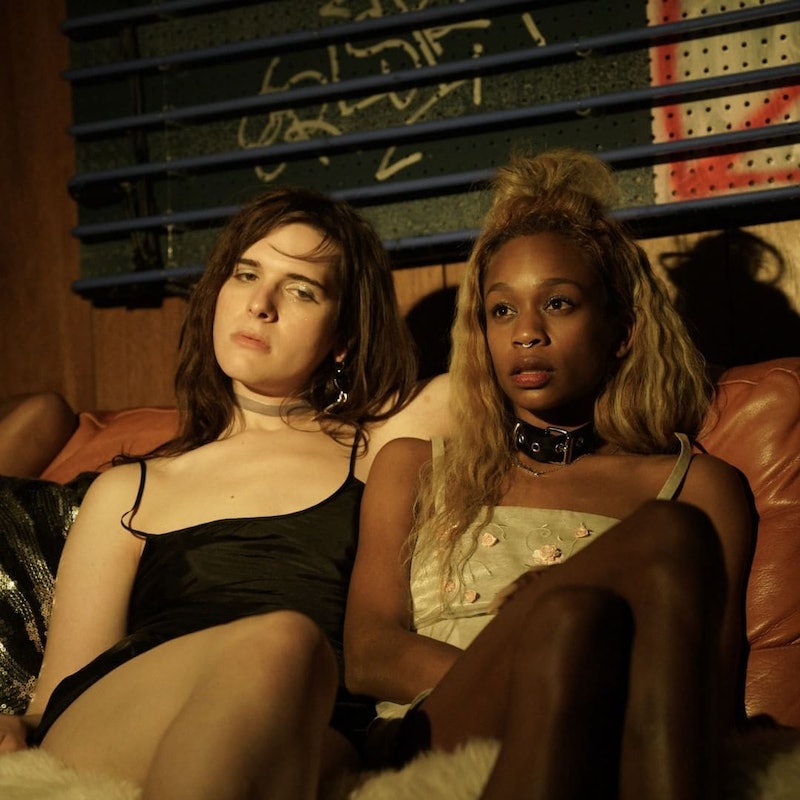 Picture your average small town in Middle America. Now picture that same small town literally tearing itself apart after roughly half of its residents have their most personal information hacked and released on the internet. That's the plot of the new movie Assassination Nation, and while it may sound like an episode of Black Mirror, could there actually be more to the tale than science fiction? In other words, is Assassination Nation a true story?

You'd think that if a town of 17,000 people erupted into chaos and violence resulting in The Purge-like levels of death and destruction, you would have heard about it on the news. And you're right. Assassination Nation is not, in any way, shape, or form, based on a true story. Thank goodness for that. Although the film cheekily refers to itself as a "one-thousand percent true story," what it actually is is a satirical look at this current moment in history, where privacy is sold to the highest bidder while people simultaneously share their most intimate secrets online. And while the idea of a town turning murderous after their nudes and other embarrassing personal details about their lives are leaked may sound far-fetched, the core themes at the center of the movie are anything but.

"The main idea I was exploring is how we treat one another, and how the internet can at times sort of create this barrier in which empathy isn’t able to get through," writer-director Sam Levinson told Deadline at this year's Sundance Film Festival. "I also wanted to deal with mob mentality and vigilantism, and how truth has become splintered."

In order to best represent the effects of online abuse, slut-shaming, and other issues that arise from the hacking depicted in the film, Levinson centered the story around a specific group of people: young women. "[The film shows] the world from the perspective of these four teenagers who are just trying to navigate it and live their lives but find themselves caught up, and fed up, with all of the abuse and madness and craziness of being a young person today," Levinson told Deadline.

One of the film's stars, Hari Nef, reinforced how important the female perspective of the story is to Deadline, saying, "I think cinematically and from a storytelling point of view, if you want to tell story about rage and violence in 2018, you’re probably going to want to tell that story through a woman’s lens, with female characters. Because nobody knows these things as well, gender-wise, as women do."

Nothing like what's depicted in Assassination Nation has ever happened in real life, but that doesn't mean it couldn't. As people, particularly young people, put more and more of their lives online, they are putting themselves at risk to have certain secret aspects of their lives exposed by nefarious actors. And if that ever happens on a large scale that pits neighbor against neighbor, we can only hope that things don't go as badly as they do in Assassination Nation.