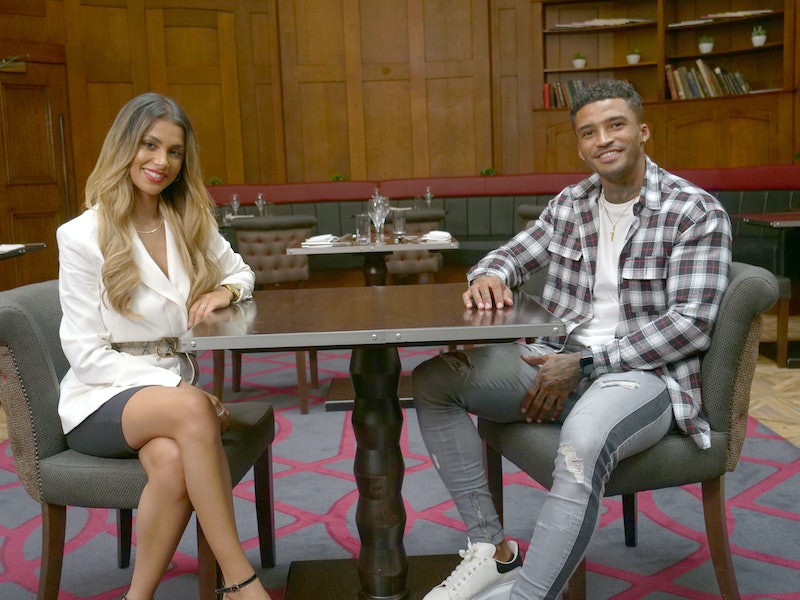 Eating With My Ex / BBC Three

Breaking up with someone can be really damn hard. It's never easy for a relationship to end, whether it was a few months or 10 years long, a great relationship, or a rocky one. There's often a ton of unanswered questions and a lack of closure. This is what TV show Eating With My Ex aims to give the people who appear in it. The beloved reality show is seriously intriguing, but is BBC Three's Eating With my Ex scripted?

The show sees two people who were previously in a relationship meet for a meal to discuss what went wrong, and to gain closure and move on. On the other hand, they may decide they made a mistake and are better off together than separated. Either way, it's all caught on camera for viewers.

Throughout each couple's dinner date, they are given a set of questions on their dinner plates to set off conversation. These include things like, "why did you cheat on me?" or "will we see each other again?".

But how true to life is the show really? I've contacted reps from the BBC to determine the answer to this question, but when reading comments from Fiona Campbell, controller of BBC Three, about the show, it does sound like the reason we all love it is because it's so un-scripted: “We love how [the show] deals with universal themes, through the eyes of a range of real people, with humour and emotion."

James Cooper, executive producer at Shotglass Media, also said: “Audiences have really responded to the authenticity and emotion of the show.”

The show is available to stream on BBC iPlayer, and with two full series and a series of shorts already under its belt, there are plenty of episodes to get stuck into if you like the sound of it.

Even more excitingly, there are currently celebrity specials being uploaded, and the most recent one is sure to be filled with drama as Love Island alumni Michael Griffiths and Joanna Chiminodes take to the dining table. The trailer for this particular episode shows Michael asking Joanna why they kissed after they broke up, so I'm thinking fireworks are sure to go off.