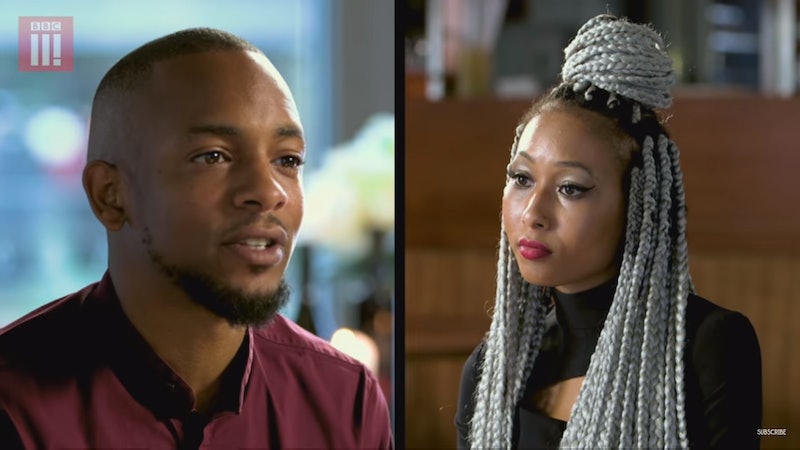 BBC Three’s Eating With My Ex is going to be back on our screens so soon. Whilst meeting up with an ex after a break up isn’t uncommon, most people don’t live out this reunion in front of cameras for the whole internet to see. However, if you’re feeling brave more couples are wanted, here is how to apply for Eating With My Ex.

It is no surprise that after the ten part, short form series on the BBC Three website racked up nearly 20 million views, producers of Eating With My Ex wanted to bring it back. If your only qualm about applying for the show is sending that awkward DM to your ex to ask if they’d be up for it then fear not, they’ve got you covered. If you fancy a face to face with a former partner, or a nice meal out and a reason to dress up all you need to do is email the casting directors at Shotglass media. They will then contact your ex and get the ball rolling. It is almost too easy.

There are big changes to come this series too. The Bafta nominated online shorts series received such a positive reaction producers decided to extend the episodes to 30 minutes each and there will even be a celebrity special.

Kalpna Patel-Knight, who is Entertainment Commissioner at the BBC, said, “I’m really excited for the long-form version of Eating with My Ex. It worked as bite sized chunks but you really wanted to hear a bit more. The long-form will give you more insight into the relationship and what their family and friends think. It promises to be heart-warming, explosive and fun.” So you might have to pre-warn your mum and your mates that they will be getting their fifteen minutes of fame too.

Historically, the show has had the very basic set up of one meal, two exes and three, often very awkward questions, meaning you couldn’t focus on anything but what was going down at the table. It is almost like Channel 4’s First Dates if they had couples return in six months’ time to work out where it all went wrong. Appealing to my insatiable curiosity about other people’s relationships, I loved the series as short bite size videos and think it will only be improved as the episodes are extended.

Whilst it was all very amusing to watch people be called out for leaving their dirty socks on the floor, not taking the dog for a walk, and flirting with their partners best friend the show also tackled more difficult topics like differences in wanting children, communication breakdown, and missing someone even though you know you shouldn’t get back together. Although all the cameras are there, it feels really human and raw.

When I reached out to a representative for Eating With My Ex to suss out who exactly they're looking for, they told me, "there isn’t a specific criteria to be honest — we’re simply looking for people to apply who would like the opportunity to sit down with their ex and discuss their previous relationship." So, if you can hold your nerve you should definitely apply.

The series has also been celebrated for the fact that the couples reflected their audience. Representing people from different class backgrounds, ethnicity, and sexuality, the series did not fall into the stereotypical "hot, white, middle class boy meets equally hot, middle class, white girl" trope that TV series of this genre so often have. It was hard not to see my own past, failed relationships in the couples which had me laughing and, at times crying with them.

So, if you are thinking it is time to sit down with your ex and have it out about their past misdemeanours, want a bit of closure, or think there could be something else there if you both only gave it a chance then it is just an email away. I salute you. I am not sure I’d be brave enough for the nation to witness me eating with my ex.