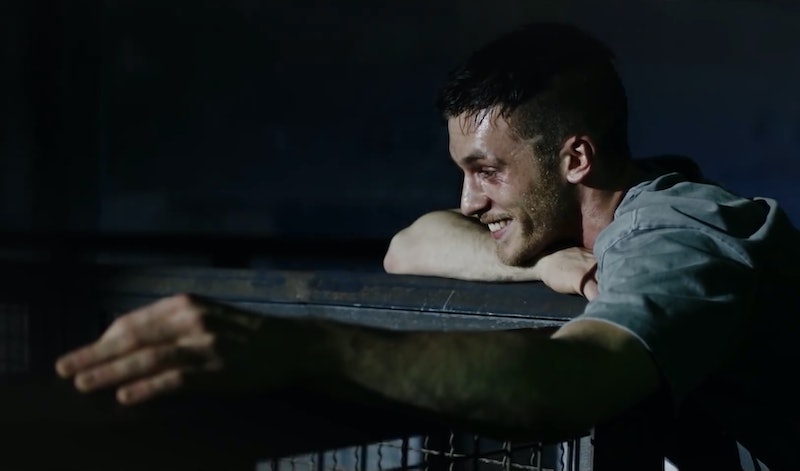 Amazon’s newest series dives deep into the techno scene of Berlin, where Robert Schlag, aka the titular “Beat,” has been recruited to be an undercover operative for a secret European agency. Apparently, his connections to those within the city's nightlife are just what authorities need to try and infiltrate an organ smuggling ring. And though Beat isn't based on a true story, the show’s creator, Marco Kreuzpaintner, did base at least some of its elements on his real life.

During an interview with People magazine in October, he explained that he felt no show captured Berlin's robust club scene, so he pulled from his own experiences living in Berlin for 12 years to immortalize it on-screen.

“I put all the memories about those 12 years onto a page,” Kreuzpaintner told the outlet. “I thought it was amazing that there was no show about Berlin’s famous nightlife.” Janis Niewöhner, who plays Robert/Beat, said that though Berlin's clubs act as a backdrop for the story, the more disturbing elements of the plot are supposed to serve as a contrast to the joy those places can often offer. “There is a possibility to feel freedom in techno clubs,” Niewöhner told People in the same interview. “It’s a special place. What happens in the clubs has nothing to do with the world outside. It’s all about the music.”

According to some of the media reports focused on clubbing in Berlin, the show picked an intriguing setting. The Guardian described the scene in 2016 as a place “where left-wing politics, gender experimentation, nudity, and huge-scale brutalist architecture are the backdrop to the pumping techno of the German capital.” Yeah — put that up against an intense undercover storyline, and things are bound to get interesting.

It's too early to tell how well the show will be received, but per The Hollywood Reporter, Kreuzpaintner has found previous success in German films like Sommersturm and Trade. THR also describes the cast of Beat as a “who’s who of young German acting talent,” and reports that the series is expected to be seven episodes long. IndieWire named it one of their 11 new shows to look out for in the month of November, and Amazon execs seem excited about it, too. “It’s always our goal with Prime Video to provide Prime members with unique series and films of the highest caliber that tell surprising and exciting stories,” said Christoph Schneider, managing director of Prime Video Germany, according to Variety. “Beat is a breathtaking adventure in Berlin’s club scene with some of the best German-speaking actors.”

This is just another addition to the long list of international projects recently picked up by streaming services like Amazon Prime and Netflix. According to the same THR report, it follows Amazon’s first original German-language series, You Are Wanted, as well as Sundance TV's Deutschland 86. German-language programming on all fronts is shaping up to be a solid addition to the service’s roster, and with Beat, Amazon could be creating the next hit drama.

More like this
'Elite' Season 6 Is Arriving Sooner Than You Think
By Gretchen Smail and Grace Wehniainen
Nicola Coughlan Shared A Lady Whistledown Excerpt From ‘Bridgerton’ Season 3
By Grace Wehniainen, Alyssa Lapid and Sam Ramsden
Devi Is Going To Meet A “Smoldering Bad Boy” In ‘Never Have I Ever’ Season 4
By Jack Irvin and Gabrielle Bondi
The ‘Emily In Paris’ Season 3 Release Date Is Here, Plus The First Footage
By Bustle Staff
Get Even More From Bustle — Sign Up For The Newsletter