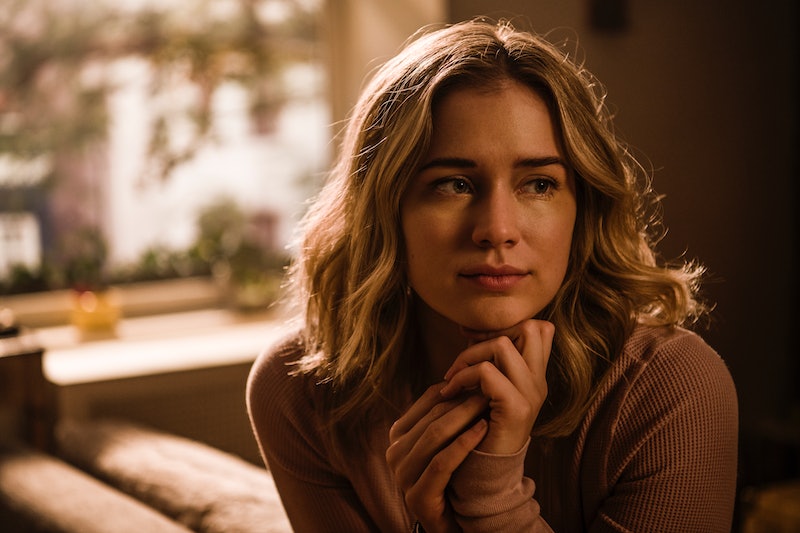 The first season of YOU ended in tragedy when Joe — after months and months of stalking and obsessing — appeared to have killed Beck in a fit of rage when she revealed that she could never love someone as deranged as him. However, despite evidence to the contrary, many fans still believe that Beck didn’t really die on YOU and think she could pop up in Season 2, similar to how Joe’s ex-girlfriend Candace did at the end of Season 1. Prior to Candace’s shocking cameo, everyone (including Joe, it seemed) thought that his ex was dead. So is it possible that history will repeat itself with Beck, leaving Joe with yet another failed murder on his hands?

When it comes to this series, it's difficult for the audience to know if they're getting the whole truth about everything because Joe is the narrator — and not the most reliable one at that. If viewers are unable to see the things he's describing, they're forced to simply take his word for it, which is where this theory gets a little tricky and why so many believe it could be plausible for Beck to still be alive.

In the final moments of Season 1, Joe explains that Beck is "gone," however, her body is never shown and fans never actually witnessed Joe killing her. Those are two pretty strong arguments as to why Beck may not be gone for good. (The No. 1 rule of any horror or drama series: if you don't see a body, they're probably still alive.) That would mean that either Joe faked her death and has he locked away somewhere for safe keeping or he thinks he killed her (a la Candace) and is in for another visit from the ghost of girlfriend's past.

Nevertheless, there is one very notable hiccup in this theory. Beck's book was released posthumously and went on to become a best seller due to the fact that its author was murdered. That means the entire world knows that she's dead, which means it was clearly looked into. No one is looking for her. No one thinks she went missing, and Dr. Nicky (John Stamos) is spending time in prison for the murder they all think he committed.

Elizabeth Lail, who plays Beck, also appeared to confirm her character's demise back in November 2018. "I didn’t fully know what I was auditioning for, and then I started reading the book, and I really didn’t think she was gonna die," Lail told Vulture in an interview. "I thought it was gonna be some heroic justice at the end, but it’s more true to life that she does die, unfortunately. It’s more likely that someone would die in that situation." She also spoke with Radio Times on the matter, admitting that she was "sad to not continue that journey with [Penn Badgley]."

Then there's the fact that Beck really did die in Caroline Kepnes' book, upon which the series is based. In fact, it graphically describes how Joe kills Beck by choking her to death, which is likely why it wasn't shown on screen in the series. While it would be nice to believe that Beck is alive and well somewhere, it's highly, highly unlikely.