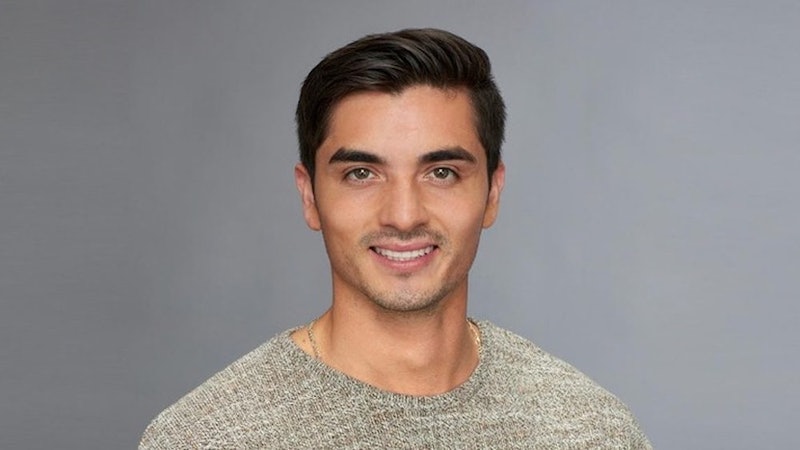 Christian Estrada may not have found love on The Bachelorette or Bachelor in Paradise, but it appears his luck may be in the process of changing in the most magical place on earth. According to Us Weekly, a source has confirmed that Christian is dating 90 Day Fiancé star Ashley Martson and that they were spotted together at Disney World over the weekend, which they documented on their respective Instagram stories.

This news may not come as a huge surprise to fans who follow the reality stars on social media. Prior to their Disney date, Ashley shared a photo of Christian on her Instagram story on Aug. 2 alongside the caption, “Blinded from the start," which was accompanied by a heart-eye emoji. Christian then made a point to repost the image on his own Instagram story, making it pretty clear even then that things were heating up between these two.

Adding further fuel to the speculation fire, Ashley appeared to at least somewhat confirm the pairing on a new Instagram story, writing "You'll never guess who I was caught on a date with," while providing a link to an article about her and Christian. No one in the post doesn't she deny that it happened or claim that it isn't true.

That being said, it remains unclear just how serious the two of them are at this point in the relationship, though considering that Ashley just refiled for divorce from her estranged husband Jay Smith back in April, it'd be understandable if she wanted to take things slow.

Christian has yet to officially comment on the matter, but it wouldn't be all that surprising if he too wanted to play this relationship by ear, especially since his last dating experience didn't exactly end on a happy note. On Monday night's episode of Bachelor in Paradise, Christian and Jordan got into a heated altercation that ultimately led to full-fledged physical fight after Jordan attempted to interrupt Christian's alone time with Nicole by stealing his piñata.

Needless to say, both men let their emotions get the better of them, which ended up rattling their fellow cast members who weren't expecting to witness such an intense confrontation on the show. Security was forced to separate the two of them and producers later informed both Christian and Jordan that they would need to leave the show immediately since they have a strict zero tolerance policy when it comes to violence.

This promptly ended Christian and Nicole's steamy flirtation, which had become pretty prominent after their one-on date last week. There was definitely an instant attraction that occurred between the two of them and could've ultimately threatened her relationship with Clay before this fight ensued. At the end of the evening, however, Nicole gave her rose to Clay and the two of them appear to be stronger than ever as a couple.

But while that may be the last fans see of Christian in BIP Season 6, perhaps this new rumored romance of his will have a happier ending — and maybe last a little bit longer.